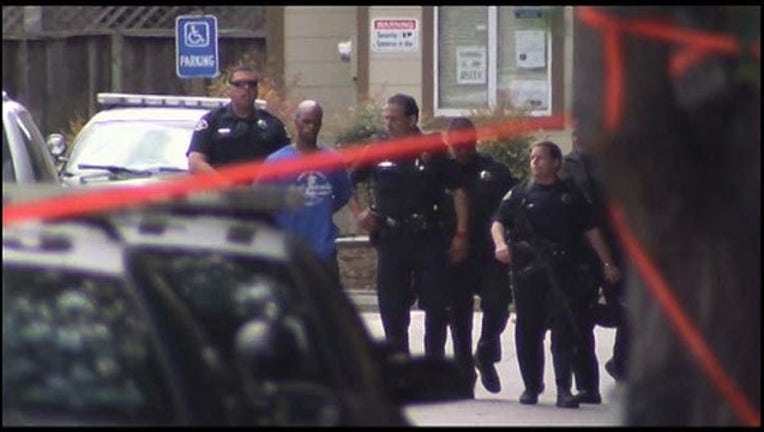 SAN JOSE (BCN) -- A seven-hour standoff with San Jose officers ended Tuesday with the surrender of a 28-year-old man who refused to leave an apartment, police said.

At 4:09 a.m., officers were dispatched to a reported family disturbance in the 2700 block of McKee Road where a female said that a family member had come to her apartment under the influence of drugs, alcohol or both.

The resident told police that the family member, a man identified later as Tyrone Merrit Jr., may have a gun in his possession, police said.

When officers reached the apartment building, they contacted the female family member outside and she again confirmed that Merrit might have a gun and that he was refusing to leave her apartment.

The Police Department's MERGE unit officers, San Jose's version of a SWAT team, arrived outside the apartment and the suspect did not respond to them for several hours.

Then at 11:24 a.m., Merrit came out of the apartment and surrendered. There were no reported injuries in the incident and police did not find a gun.

Merrit was booked into Santa Clara County Jail on suspicion of an outstanding felony arrest warrant and another felony warrant for violation of parole.