Mayor London Breed announced earlier this month that she would appoint Loftus to replace Gascon, who stepped down while considering a run for Los Angeles District Attorney.

Breed swore Loftus in during a ceremony Saturday morning at the district attorney's office.

Loftus is a candidate in the upcoming election on Nov. 5. She is a former prosecutor and was president of the city's police commission.

Her opponents and protesters have criticized the interim appointment, accusing Breed of trying to tilt the election to Loftus. 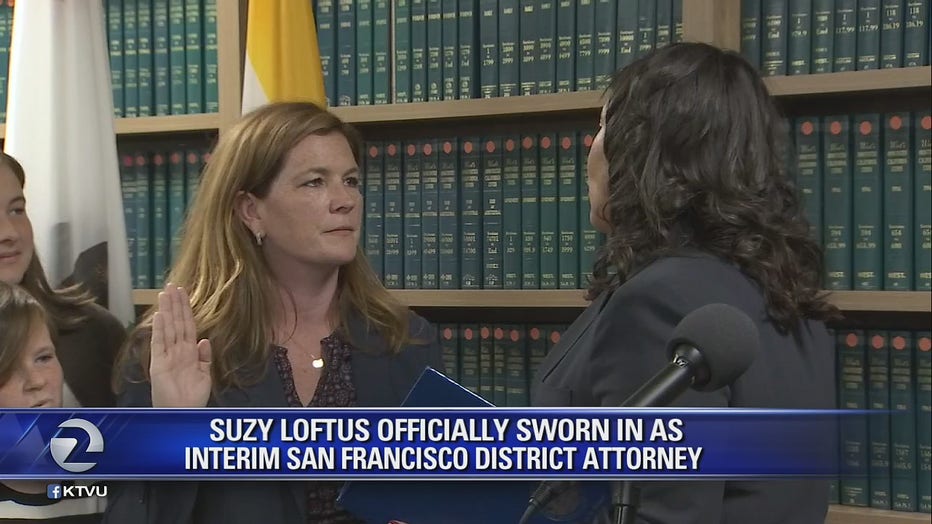 Loftus is running against Chesa Boudin, an attorney in the San Francisco's Public Defender's Office, and prosecutors Nancy Tung and Leif Dautch, who have both worked in the state Attorney General's Office.