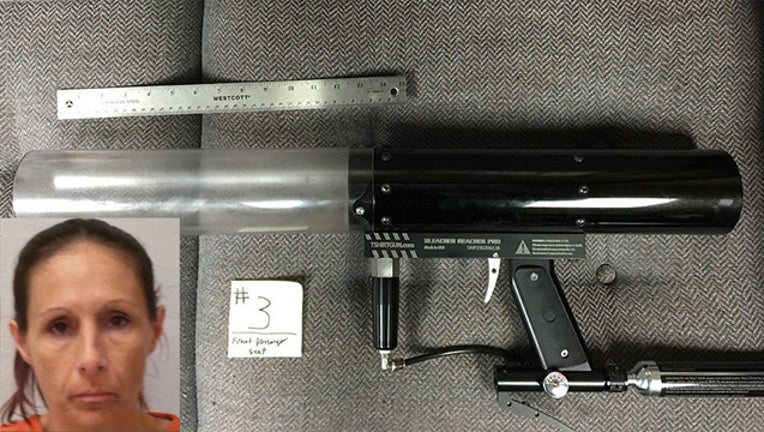 An Oklahoma woman was arrested after authorities say she used a T-shirt "cannon" to launch drugs, cellphones and other contraband over a prison fence.

The Oklahoma Department of Corrections says the incident prompted a lockdown at the North Fork Correctional Unit in Sayre, a medium-security facility about 120 miles west of Oklahoma City.

The Oklahoma Department of Correction said "Novel approach - bad idea" about her use of the T-shirt gun.

Hickman remained jailed Friday in Beckham County on complaints of introducing contraband into a penal institution, conspiracy and drug trafficking. Jail records don't list an attorney who could speak on her behalf.