Teen may have been street racing in crash that killed couple

Investigators say a teen, who remains hospitalized, may have been street racing in a Redwood City crash that killed a couple. The couple killed leaves behind twin 7-year-old girls.

REDWOOD CITY, Calif. - Authorities are trying to determine what led to a fatal crash in Redwood City last Friday. The couple who lost their lives, leaves behind twin 7-year-old girls.

Right now answers are hard to come by and the Redwood City police chief says there are no words to express the magnitude of this loss. But he says this is a very active, ongoing investigation.

The loss of Greg and Grace Ammen has left loved ones reeling and wondering how to support the twins they leave behind.

"Everybody's just devastated and just in shock. And we're all saying what can we do. What can we do to help?" says Kelly Clarke, a neighbor and friend.

The family was in Redwood City, less than two miles from home, when it happened. They were making a left-hand turn onto Finger Avenue when two cars on El Camino Real came up fast. 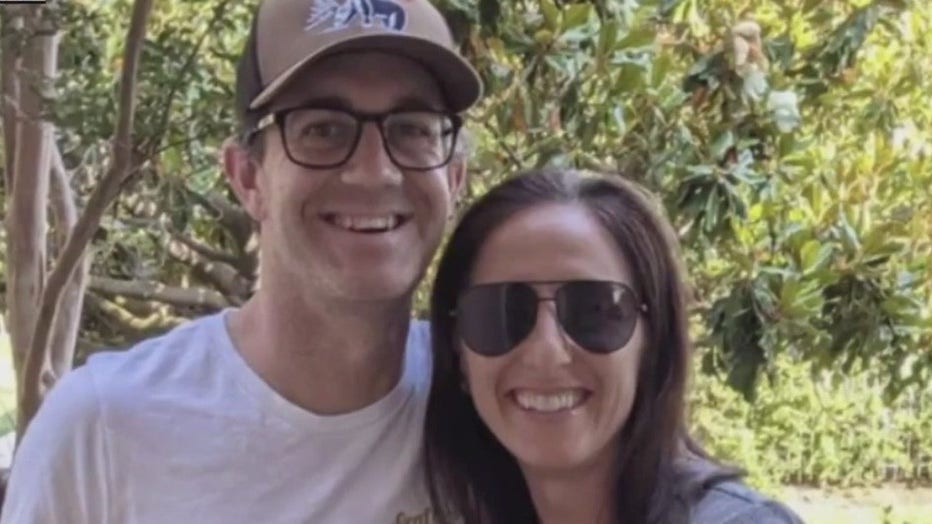 "I was in my car and these two cars go speeding past just driving super fast. And this other car came out that way and just boom," described one witness at the scene.

The cameras at Legacy Auto Repair caught the moments leading up to the collision: the cars approaching and the Ammens turning.

Alonzo Flores rushed to help as one of the cars ignited. He tried to extinguish the fire and managed to open the doors, but the 17-year-old driver was pinned inside.

That 17-year-old remains in the hospital.

Authorities tell us they are investigating whether street racing or speed might have been a factor based on witness statements.

In total, five people were injured in the crash and two people, Greg and Grace Spiridon Ammen, died at the scene. Those that live and work here believe this stretch of El Camino is simply too dangerous and that more traffic lights or police patrols are needed.

"Does it take two lives? One life? More lives? How many? How many is it worth for them to do something," says Flores.

There is a gofundme account set up to help the Ammen daughters. Money raised will be used for their immediate and future care.