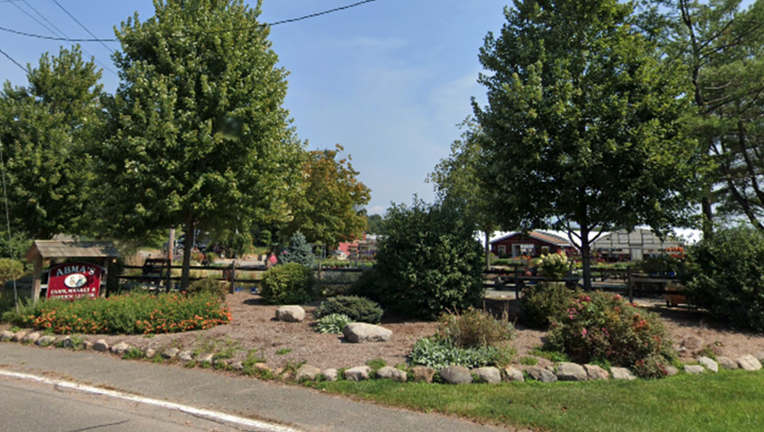 Abma's Farms, home to rabbits, sheep, pigs, goats, and at least one miniature pony, in Wyckoff, 30 miles east of New York City, wrote about the incident on Facebook. (Google)

Seven teens have been charged with trespassing and other offenses after allegedly breaking into a New Jersey petting zoo in late August, mistreating animals, letting them out of the pens and putting lipstick on a miniature pony, according to reports.

The 17-year-olds will be tried in family court and the 18-year-old will face his charges in municipal court, Lt. Joseph Soto, of the Wyckoff Police Department, said.

Gov. Phil Murphy sent a tweet condemning the crime: "Animal abuse has no home in New Jersey. Abma’s Farm is a pillar of the Bergen County community, and we will fully support them and local law enforcement to hold the perpetrators accountable."

Abma's Farms, which is 30 miles east of New York City in Wyckoff, is home to rabbits, sheep, pigs, goats, and at least one miniature pony. The farm owners wrote about the break-in and vandalism on Facebook.

The kids "opened gates and rode our miniature donkeys, who should not be supporting that much weight. One person took a Snapchat of another person riding our mini donkey and applied the Abma's Farm geofilter."

“We caught two other trespassers trying to steal,” the post continued. “When we called the police, the two fled the scene.”

Two animals had gone missing after the incident.

“First and foremost, we are a working farm, and four families (and four generations) live here,” the Abma family wrote on Facebook. “This is our home."

Aside from the personal violation that the family felt there is a safety issue because breaking into animal pens could be dangerous.

“Animals can kick, rear up, and trample you. In the dark, anything can happen," Jimmy Abma said.

But the safety of the animals was also put in jeopardy, which has also upset the family.

"Our animals are now shaken and skiddish (sic) compared to their normal relaxed nature," Abma said. "This is very troubling to us."