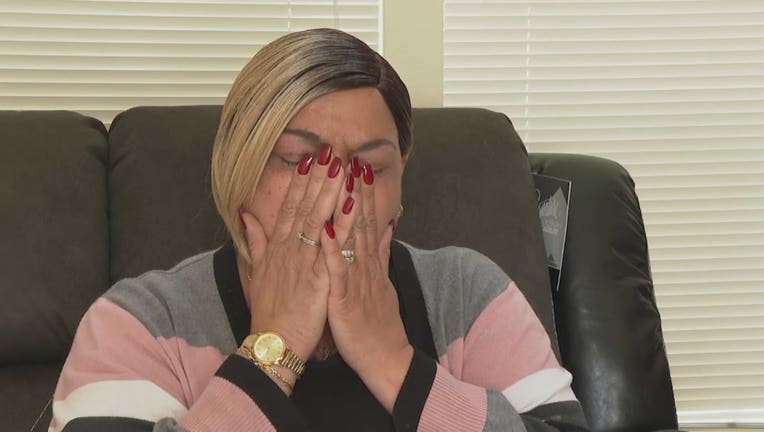 Penelope Scott cries over the death of her son, De’vazia Turner in Sacramento.

SACRAMENTO, Calif. - A father of four. A best friend with a positive personality. A vivacious partygoer. The six people who were killed during a mass shooting in California’s capital city were remembered by their friends and family Monday as police worked to piece together what happened.

Dozens of rapid-fire gunshots rang out early Sunday in the crowded streets of Sacramento, leaving three women and three men dead and another 12 people wounded. On Monday, small memorials with candles, balloons and flowers had been placed near the crime scene.

Investigators were searching for at least two shooters who were responsible for the violence on the outskirts of the city’s main entertainment district that occurred as bars and nightclubs were closing. Sacramento police said Monday that they booked Dandrae Martin, 26, as a "related suspect" on charges of assault with a deadly weapon and being a convict carrying a loaded gun. Jail records said he was held without bail and was scheduled to appear in court Tuesday. It was not immediately clear whether Martin had an attorney who could speak on his behalf.

Few details have been made public as investigators comb through evidence gathered from what Police Chief Kathy Lester called a complex crime scene. Witnesses have submitted more than 100 videos and photos taken during and shortly after the shooting. 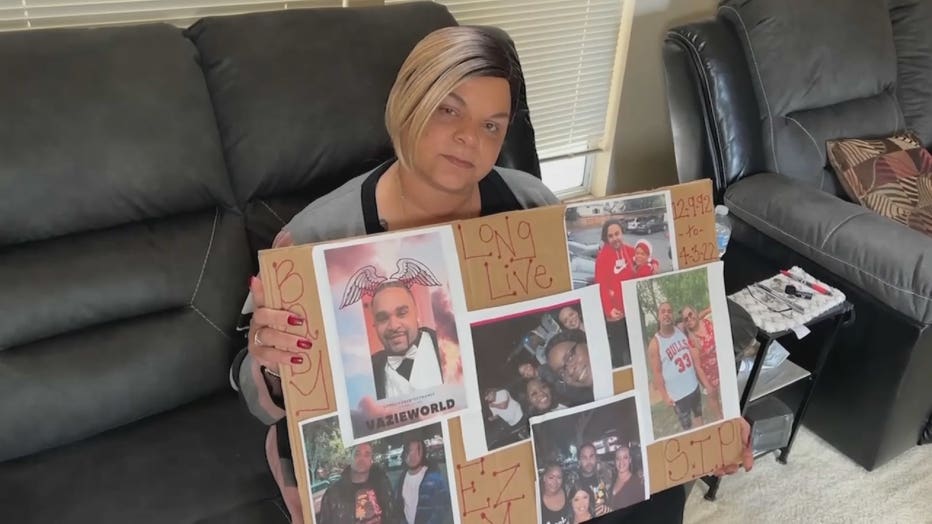 De'vazia Turner are on display as his mother Penelope Scott speaks to the media during an interview at the corner of 10th and K street in Sacramento, Calif., on Monday, April 4, 2022. Turner was shot and killed after a shooting broke out early Sunday

Born and raised in Sacramento, Turner played football from a young age until a knee injury slowed him down. He worked as a manager for an inventory company, keeping a close eye on things his mother might like and letting her know when they would go on sale.

"He was a protector," his mother, Penelope Scott, said. "Raising him as a single mom, you know, he took the role of being the man of the house. He took care of everything."

He worked out with his dad, Frank Turner, five days a week. When they weren’t pumping iron, they were probably talking about cars. They both had old Buicks – Turner’s was a 1973 while his dad’s was a 1970 – and Turner had big plans for his. He had just ordered a new stereo and a steering wheel with a cherrywood finish.

Frank Turner said he plans to finish his son’s car, including painting it to include images of De’vazia’s face for his kids to see.

"I want them to see their daddy when they see that car," Frank Turner said.

De’vazia had visited his mother on Saturday, eating leftover pork chops and taking a shower before briefly falling asleep on her couch. When he woke up, he said he was going out – a rarity for him, because he works so much, Scott said.

Scott woke up at around 1 a.m. and couldn’t get back to sleep. She was looking at her phone when she got a call that her son had been killed.

"Your kids are supposed to bury you. You’re not supposed to do that," she said. "I’m grateful that he has a legacy with his children. However, you know, he’s 29. He didn’t make it to 30."

The last time Frank Turner saw his son was at the auto shop where they were working on their cars. After his son’s death, a friend called Frank Turner and told him the shop’s security cameras had picked up their conversation.

He watched the video — a father and son spending time together on something they loved — and he cried. 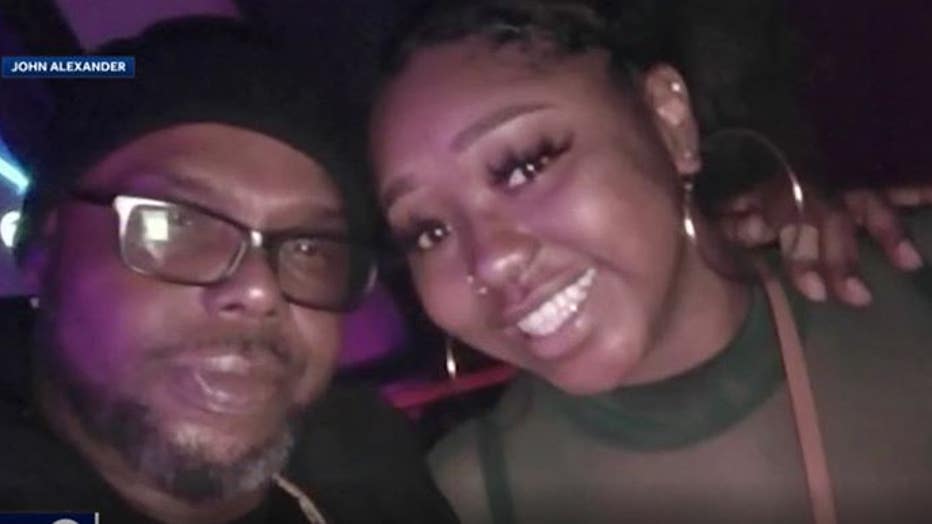 Johntaya Alexander was killed in the Sacramento mass shooting.

Alexander was just shy of turning 22 when she was killed, her father told the Los Angeles Times. Her birthday was at the end of the month.

She hoped to become a social worker who worked with children and was a doting aunt to her nieces and nephews, John Alexander told the newspaper.

His daughter’s name was a combination of his own and his older sister’s, he told the Times.

"She was just beginning her life," he told the newspaper, sobbing. "Stop all this senseless shooting." 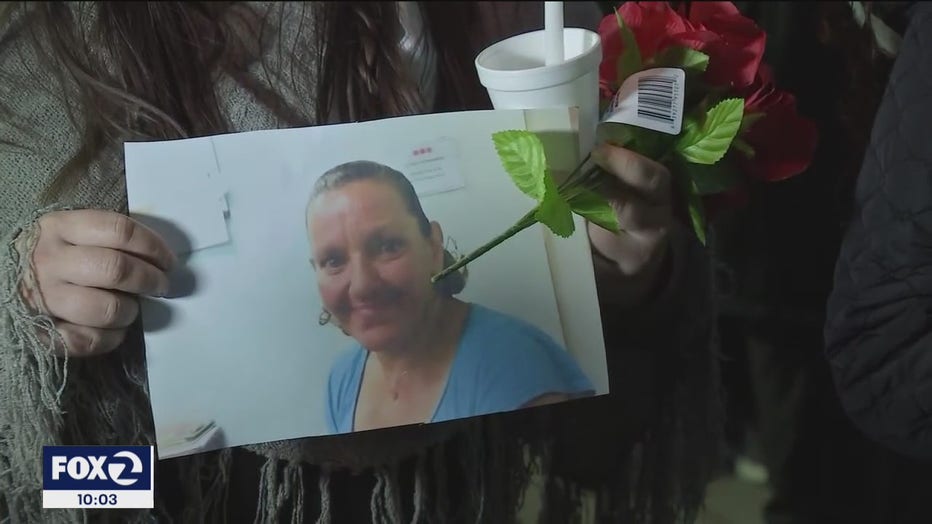 Melinda Davis was unhoused and killed in the Sacramento shooting.

Davis was a "very sassy lady" who lived on the streets of Sacramento near the shooting site, The Sacramento Bee reported.

Shawn Peter, a guide with the Downtown Sacramento Partnership who had known Davis for 15 years, told the newspaper that she had been homeless and lived in the area on and off for a decade.

Officials had helped her find housing before the pandemic began but she had returned to the downtown business district in recent months, Peter said. A small bouquet of purple roses with a note saying "Melinda Rest In Peace" was left on the street in her memory.

"Melinda was a very eccentric individual, a very sassy lady," he told the newspaper. "This was her world, 24/7."

Davis was a periodic guest at Maryhouse, a daytime center for women and children experiencing homelessness, from 2016 to 2018, director Shannon Stevens said in an email to The Associated Press. Stevens recalled her as kind but someone who did not do well in crowds. She was seeking housing services at the time.

"This was a space she came to find respite from the trauma of living on the streets of our city," Sacramento Loaves & Fishes, which runs the Maryhouse program, said in a statement. 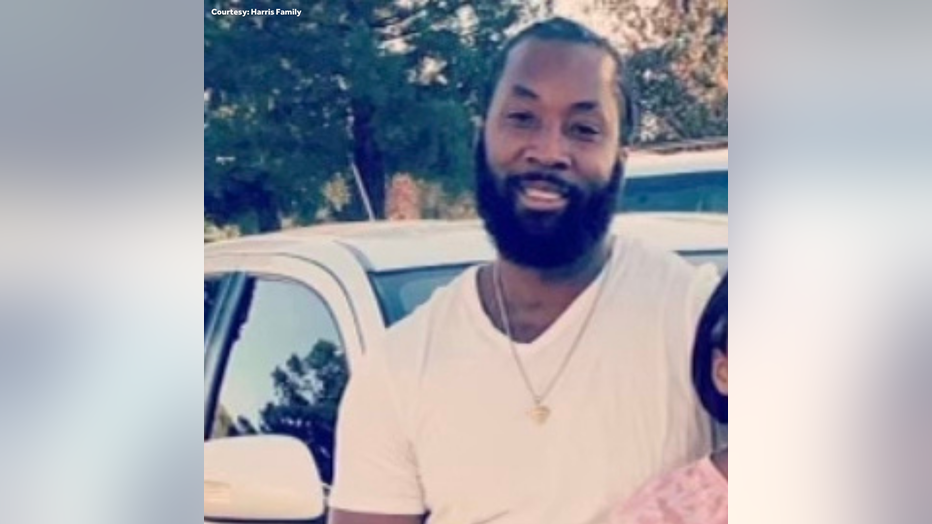 Sergio Harris was one of the six people who were killed in a mass shooting in Sacramento. Photo provided by Harris' family. (KTVU FOX 2)

Described by family members as the life of the party, Harris was a frequent presence at the London nightclub, which is near the shooting scene.

"My son was a very vivacious young man," his mother, Pamela Harris, told KCRA-TV. "Fun to be around, liked to party, smiling all the time. Don’t bother people. For this to happen is crazy. I’m just to the point right now, I don’t know what to do. I don’t even feel like this is real. I feel like this is a dream."

His family members congregated at the crime scene Sunday after they hadn’t heard from him for hours. Later that day, Harris was the first victim publicly identified by the coroner.

"This is a sad and terrible act of violence that took the lives of many," his wife, Leticia Harris, told KCRA-TV. "I want answers so I can have closure for my children." 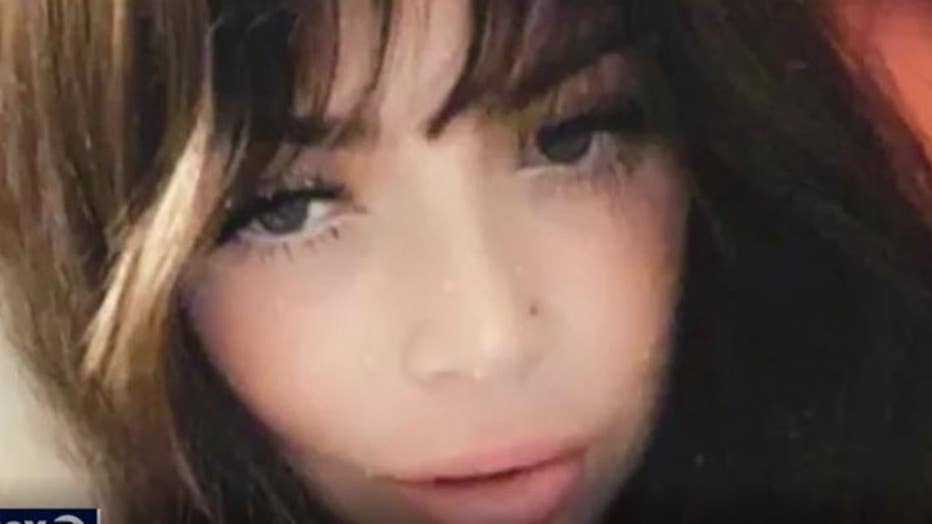 Yamile Martina Andrade was one of six victims killed in the Sacramento mass shootings.

Martinez-Andrade was killed in front of her best friend, according to KXTV-TV.

She was described as someone who "brought light to the room," the station reported, and had a positive outlook.

"There was never a dull moment with her. She has a beautiful heart and a beautiful mind. Everyone misses her so much," her best friend, who was not named, told KXTV-TV.

Sherilyn Hoye describes the loss of her son, Joshua Luchessi, who was killed in the Sacramento mass shooting. He leaves behind six children, all younger than 9 years old.

A memorial with white and blue balloons, candles and two empty bottles of Hennessy was left a block from the shooting in honor of Joshua Hoye-Lucchesi. On the ground, someone wrote "Josh" in what appeared to be blue paint.

"I love and miss you. Foreva n my heart!" someone wrote in black marker on a white balloon shaped like a star. "Things will never be the same," read another balloon.

His mother, Sherilyn Hoye, said she got a call about her son at 2:45 a.m. He leaves behind six children, all younger than 9 years old.