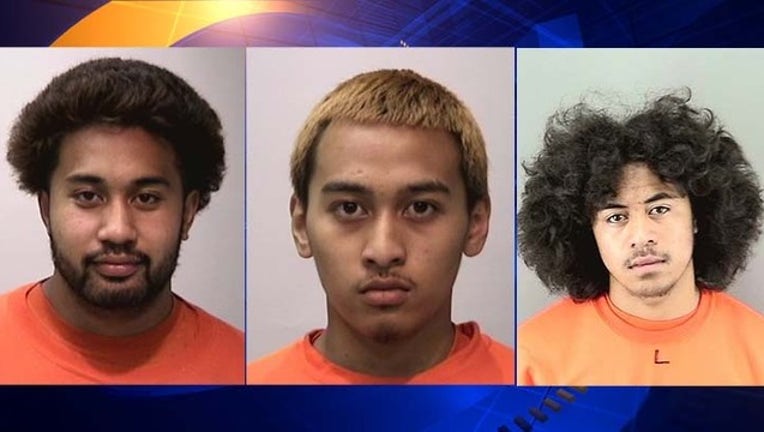 SAN FRANCISCO (KTVU and wires) -- Three people have been arrested on suspicion of homicide and other offenses for allegedly striking and killing a woman during a pursuit in San Francisco last month.

Investigators said the trio had committed several armed robberies in the days before April 10, when they were fleeing police shortly before 10 p.m. after a robbery at Clay and Larkin streets.

The vehicle they were in struck and killed 42-year-old Bridget Klecker at California and Kearny streets in the city's Financial District, police said.

The suspects continued to flee in the car, hitting another pedestrian near Union Square who did not suffer life-threatening injuries. The car, which had been stolen, was later found unoccupied on Treasure Island.