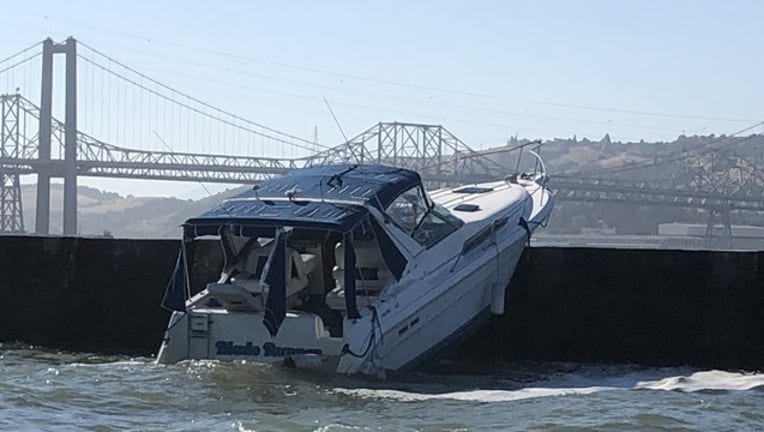 VALLEJO, Calif. (BCN/KTVU) - Three people were treated Saturday night for head injuries suffered when their boat crashed into a jetty near the mouth of the Napa River west of the Carquinez Bridge, the U.S. Coast Guard said Sunday.

The Coast Guard was called about 9:40 p.m. Saturday and told that the 36-foot pleasure craft ran into the jetty.

The boat crew administered first aid and transferred the three patients to Cal Maritime, an academy located a short distance from where the boat hit the jetty, where they met medical personnel.

The boaters were not identified Sunday.

Neither the Coast Guard nor the Vallejo Fire Department could provide information Sunday as to whether any of those injured was hospitalized.

There were no reports of fuel from the pleasure craft leaking into the Carquinez Strait, according to the Coast Guard.

"The training, teamwork and coordination of the boat crew were pivotal during this rescue," said Coast Guard Petty Officer 2nd Class Joseph Rivas, a boat crewmember at Station Vallejo.

"Once on scene, we were able to keep (the patients) calm, administer first aid and quickly get everyone to local EMS."