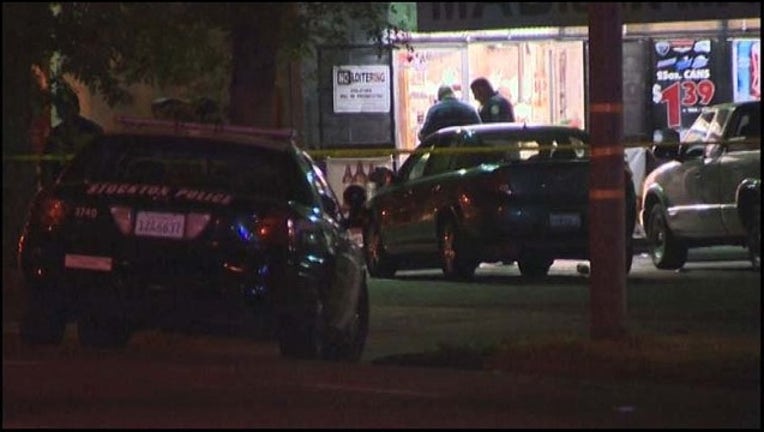 STOCKTON, Calif. (AP) — Three people were killed and four people were wounded in an apparent drive-by shooting at a Northern California convenience store that one official called one of the worst mass shootings in the city's recent history.

Stockton police spokesman Officer Joe Silva also says the shooting was in a crime-ridden area known for drug deals and is likely gang-related.

A 27-year-old woman was shot to death Tuesday night on a sidewalk outside the Madison Market, and a 24-year-old man and a 20-year-old woman died later at a hospital, police said.

No arrests have been made, and it is not yet known if there were multiple shooters.

Police are interviewing witnesses, some of whom said they heard up to 40 gunshots. Dozens of people gathered in the area after the shooting, and additional officers were called in to help control the crowd.

Police did not release the names or any other details on the victims.