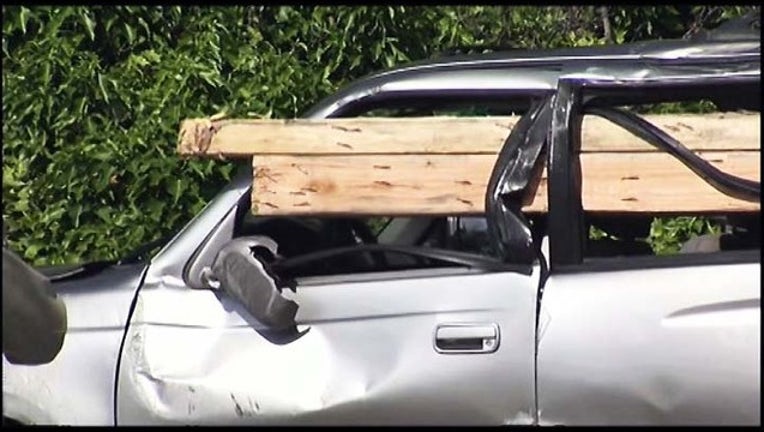 A flatbed truck filled with pre-fabricated wooden building materials was traveling in the freeway's slow lane when it came up quickly on slow-moving vehicles.

The truck driver attempted to avoid the slow-moving traffic, but instead triggered a chain reaction crash involving 5-6 vehicles.

The force of the crash sent a massive beam into one of the vehicles. Fortunately, the driver somehow escaped with just minor injuries.

Foster said three people were transported to the hospital with minor injuries. The freeway was blocked for 45 minutes as crews removed the damage vehicles.

The crash remained under investigation.