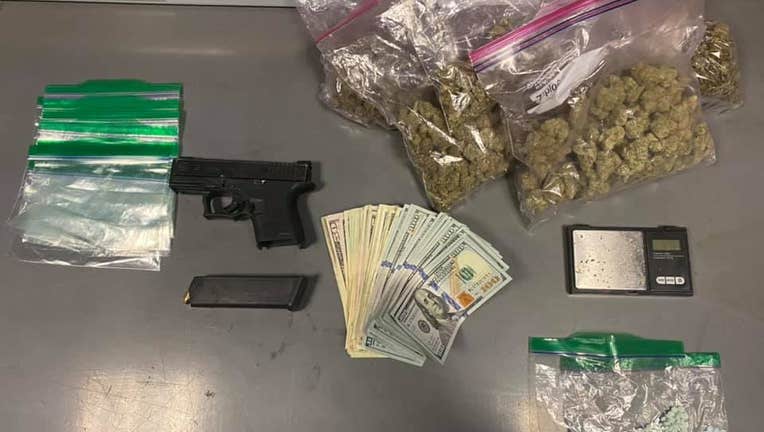 Carlos Santana-Sanchez was the driver in a traffic stop about 11 p.m.  and was initially taken into custody for an outstanding warrant, police said.

A baggie with about 30 pills "believed to be either oxycodone or counterfeit pills laced with fentanyl" were found in his possession police said.

A search of the vehicle turned up an unregistered subcompact .40 caliber "ghost gun" with a 15-round magazine found under a blanket a 17-year-old female passenger had been sitting on, police said. Also found were more pills; marijuana; a digital scale and packaging material commonly used in narcotic sales; and more than $2,500 in cash, police said.

Santana-Sanchez was arrested and booked at the county jail for for possession of the gun; possession of narcotics for sale; and, child endangerment for storing a loaded firearm and dangerous narcotics within the vicinity of a minor, police said.