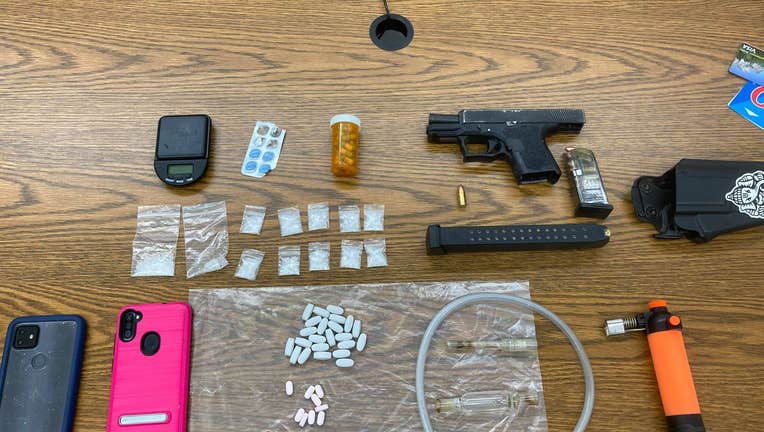 PINOLE, Calif. - A traffic stop early Sunday morning led to the arrest of two people on suspicion of firearm possession and narcotic sales.

During the stop about 5 a.m. in the 1500 block of Fitzgerald Drive the officer found that one of the people in the vehicle was on searchable probation.

A search turned up a firearm with an extended magazine, several narcotics and a scale, police said.

"While the officers were conducting their investigation, they also contacted another subject who was in possession of methamphetamine and had three warrants for their arrest," police said.

The two suspects were booked at the Martinez Detention Facility for possession of a firearm, narcotics for sales, warrants and other charges.