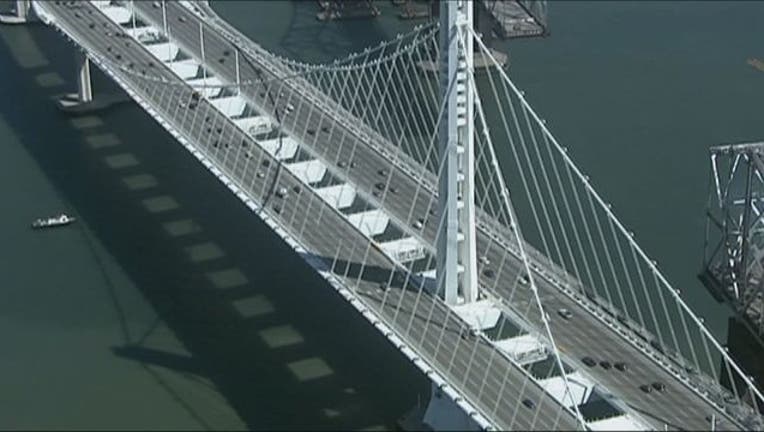 OAKLAND, Calif. (KTVU) - Transit agencies are looking into possible ways to help relieve the horrendous morning commute on the Bay Bridge. They are even considering having buses travel the wrong way across the bridge.

Such a concept would require a special off ramp leading to the Transbay Terminal, and the bus lane would need a movable barrier similar to the Golden Gate Bridge to prevent head on collisions.

The total cost could reach over $170 million.

"BART is already full. Muni is already full. We want to be able to serve that economy with an infrastructure that can work, said Randy Rentschler of the Metropolitan Transportation Commission.

The idea wouldn't be popular for those with a reverse commute on the Bay Bridge, as they would lose a lane.

"Can the reverse commute handle losing a lane every day. We don't know the answer to that question," said Rentschler.

"It's a great idea. It would really improve traffic a lot and give some more room on the bridge," said commuter Elizabeth Wilson.

Studying the plan alone is expected to take about a year and a half.