For one night this Christmas season, a lucky "Home Alone" fan will spend the night in the iconic Chicago-area house that hosted Kevin McCallister‘s holiday staycation. The overnight is offered through Airbnb following the release of Home Sweet Home Alone, the all-new holiday film now streaming on Disney+. Fans can register for the opportunity on the Airbnb website on December 2nd at 2pm Eastern.

WASHINGTON - The Biden administration is looking to expand reporting requirements on all-cash real estate deals to help crackdown on bad actors' use of the U.S. market to launder money made through illicit activity.

The Treasury Department was posting notice Monday seeking public comment for a potential regulation that would address what it says is a vulnerability in the real estate market.

"Increasing transparency in the real estate sector will curb the ability of corrupt officials and criminals to launder the proceeds of their ill-gotten gains through the U.S. real estate market," said Himamauli Das, acting director of Treasury's Financial Crimes Enforcement Network.

Das said the move could "strengthen U.S. national security and help protect the integrity of the U.S. financial system." 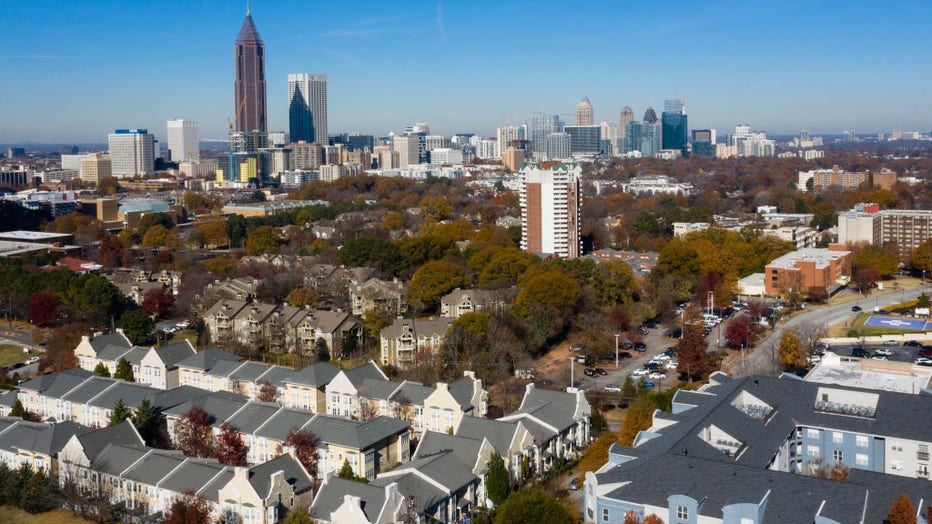 FILE - The Bank of America Plaza tower behind a housing development in Atlanta, Georgia, is pictured in a file image dated Dec. 3, 2021. Photographer: Elijah Nouvelage/Bloomberg via Getty Images

The U.S. real estate market has long been viewed as a stable way station for corrupt government officials around the globe and other illicit actors looking to launder proceeds from criminal activity.

The use of shell companies by current and former world leaders, and those close to them, to purchase real estate and other assets in the U.S. and elsewhere was recently spotlighted by the International Consortium of Investigative Journalists' publication of the "Pandora Papers."

The leaked documents acquired by the consortium showed King Abdullah II of Jordan, former U.K. prime minister Tony Blair and other prominent figures used shell companies to purchase mansions, exclusive beachfront property, yachts and other assets for the past quarter-century.

The tax dodges can be legal but have spawned various proposals to enhance tax transparency and reinforce the fight against tax evasion.

The effort to push for new real estate market regulation comes as the Biden administration on Monday issued its "U.S. Strategy on Countering Corruption."

The strategy was published as President Joe Biden prepares to host the first White House Democracy Summit, a virtual gathering of leaders and civil society experts from more than 100 countries that is set to take place Thursday and Friday.

The strategy offers broad brushstrokes for confronting corruption at home and abroad. It includes calls for the U.S. government to shore up regulatory gaps, elevating anti-corruption in U.S. diplomatic efforts and bolstering the protection of civil society and members of the media, including investigative journalists, who expose corruption.

RELATED: Experts predict 'obscene' homebuying market to fizzle as many become priced out