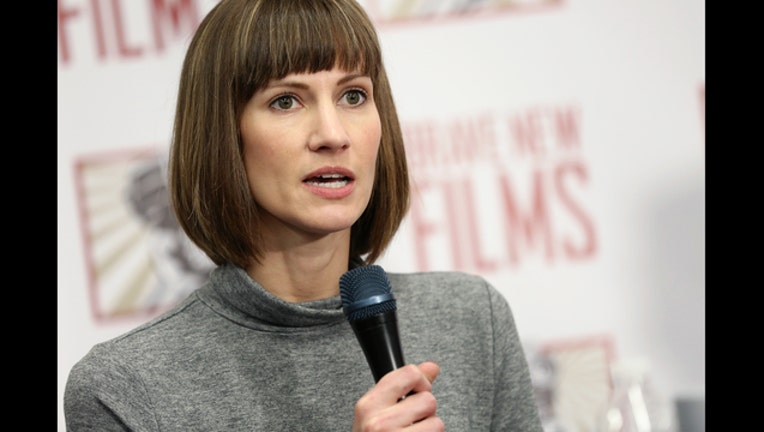 COLUMBUS, Ohio (AP) -- Rachel Crooks' allegations of sexual misconduct against Donald Trump have been dismissed by the president and his supporters, so she has a new approach to ensure her message is heard: She's running for office.

The 35-year-old university administrator launched a campaign this week for a seat in the Ohio Legislature. The first-time candidate, a Democrat, said she was motivated in part to run because Trump has escaped consequences for the harassment alleged by her and other women.

"I think my voice should have been heard then, and I'll still fight for it to be heard now," she said.

Crooks is one of 14 women who have accused the Republican president of inappropriate behavior in the past, allegations Trump has denied.

Her candidacy comes as women are speaking up about harassment in the workplace through the (hashtag)MeToo movement and as state legislatures across the U.S. take steps to strengthen their own harassment policies. An Associated Press tally shows 15 state lawmakers across the country have left office since the start of 2017 after being accused of sexual misconduct.

Crooks said her interest in running for office goes beyond her experience with the president. She sees herself as someone who will fight for others struggling for representation.

"Like many Americans, I have become disgusted with politics today and the corruption that is rampant with donors and corporate interests," Crooks told the AP. "My situation with Trump and him not being held accountable by politicians, him not being willing to acknowledge his actions and his willingness to ignore what we had to say, that was sort of the last straw for me."

Crooks' bid for office is part of a wider anti-Trump undercurrent in elections since the president's inauguration. The state legislative arm for Democrats says the party has flipped 35 seats previously held by Republicans in contested state legislative elections across the country. At the same time, a record number of women have expressed interest in running for office.

Some 30,000 women have approached EMILY's List, a group that tries to elect women who support abortion rights, to learn about running for office this election cycle. By comparison, the group was in contact with 960 women last time around.

Democrats in Ohio view Crooks' candidacy as an outgrowth of surging activism by women nationally. It's a race that mingles the party's two biggest anticipated 2018 turnout engines -- anti-Trump sentiment and (hash)MeToo momentum.

"We have a lot of people who have never held or run for office before, and they're saying now is the time to stand up for action," he said.

Republicans question how well the Democrats' message will play with the general electorate.

"What we're seeing in Democrat primaries is that Trump is the convenient target from Democrats who want to show the far left base how anti-Trump they can be," said Mark Weaver, an Ohio-based Republican strategist. "In a general election, this sort of strong anti-Trump attacks will be less effective."

Crooks went public with her story during the 2016 election. She said she was a 22-year-old receptionist at Trump Tower in New York in 2005 when Trump kissed her repeatedly on the cheeks and then "directly on the mouth" during an introductory conversation.

After he was elected and the Harvey Weinstein scandal intensified the nation's focus on sexual misconduct, Crooks and two other Trump accusers went to Washington to ask Congress to investigate his actions. The White House repeated Trump's denial of any wrongdoing and the investigation request went nowhere.

Trump tweeted at the time that he'd been targeted by "false accusations and fabricated stories of women who I don't know and/or have never met."

Crooks said she has email exchanges from the time that corroborate her story, but Trump's denial didn't surprise her.

"He is a pathological liar, as I've said before, but the truth is that a lot of people in my life knew about that encounter before I was ever a candidate," she said.

Uncontested in the primary, Crooks is challenging Republican Bill Reineke for Ohio's 88th House district, which sits southeast of Toledo in a region of small towns dominated by farming and manufacturing. She grew up in nearby Clyde, where she was a decorated high school athlete in volleyball and basketball, and now works as an international student recruiter at Heidelberg University.

Reineke, a 63-year-old auto dealer, has held the seat since 2014. He was elected handily in that year and ran unopposed in 2016.

He said he will be pleased if the race draws more attention to the sexual harassment issue, but said the debate needs to be broader.

"Sexual harassment has no place in our society, and I am glad to see that the discourse around the issue is beginning to change. Every victim deserves to be heard," he said in an emailed statement to the AP. "This campaign is not about the individuals running; it's about the people they would ultimately represent."

The district includes Sandusky County and the bulk of Seneca County. As with all of Ohio's current legislative districts, it was drawn using a Republican-controlled redistricting process -- one that Ohioans have voted to replace in 2020 and beyond. A Democrat last held the seat in 1994, but the party thinks it has a shot at winning what it considers a swing district.

Sandusky County went for Trump in 2016 but before that favored Democrat Barack Obama in the 2008 and 2012 presidential elections. Seneca County has been reliably Republican for two decades.