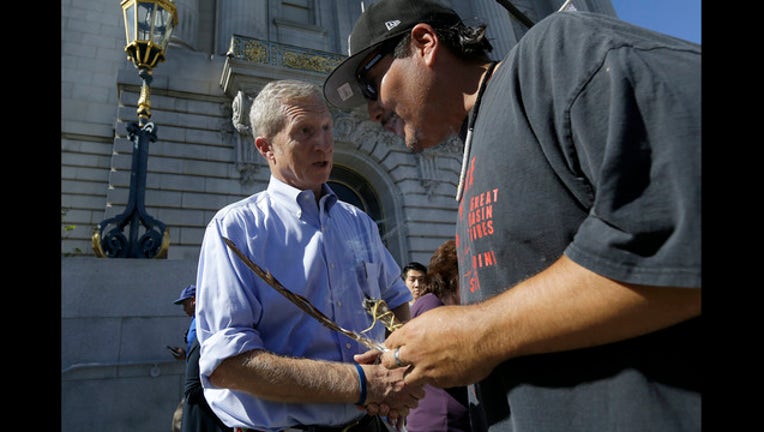 WASHINGTON (KEN THOMAS/AP) -- President Donald Trump is responding to a California billionaire who has vowed to spend at least $10 million in advertising calling for the president's impeachment.

Trump is using Twitter to call Tom Steyer of San Francisco "wacky & totally unhinged." He says Steyer "has been fighting me and my Make America Great Again agenda from the beginning," adding the billionaire environmentalist "never wins elections!"

Steyer recently launched the advertising, which has been running on Fox News and other national outlets, arguing that Trump should be ousted from office. Steyer contends Trump is pushing the U.S. toward a nuclear war, is obstructing justice at the FBI and threatening to shut down news organizations he doesn't like.

Steyer wants viewers to call their members of Congress and tell them to bring articles of impeachment.

On Twitter, Steyer released his ad against the president, and on Friday, said "it's only a matter of time until he is gone."