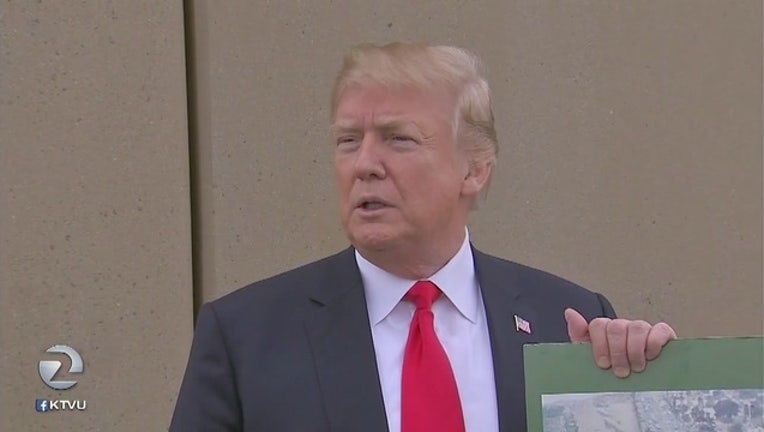 The White House said retaining troops with a history or diagnosis of "gender dysphoria" -- those who may require substantial medical treatment -- "presents considerable risk to military effectiveness and lethality."

Trump surprised the Pentagon's leadership in a 2017 tweet when he declared he would reverse an Obama-era plan to allow transgender individuals to serve openly. His push for the ban has been blocked by several legal challenges, and three federal courts have ruled against the ban. The Pentagon responded by allowing those serving to stay in the military, and began allowing transgender individuals to enlist beginning Jan. 1.

"This new policy will enable the military to apply well-established mental and physical health standards -- including those regarding the use of medical drugs -- equally to all individuals who want to join and fight for the best military force the world has ever seen," White House Press Secretary Sarah Huckabee Sanders said Friday.

"There is simply no way to spin it, the Trump-Pence Administration is going all in on its discriminatory, unconstitutional and despicable ban on transgender troops," said HRC President Chad Griffin.

Earlier Friday, Maj. David Eastburn, a Pentagon spokesman, said the announcement of a new policy would have no immediate practical effect on the military because the Pentagon is obliged to continue to recruit and retain transgender people in accordance with current law.

The issue has become mired in a complicated string of political statements, court decisions and policy reviews since Trump first stunned his administration with his tweets last July. It's unclear how much impact the court decisions will have on Trump's decision. Activist groups had worried the administration could enact such strict enlistment and health care restrictions that it would become all but impossible for transgender troops to join or continue serving.

California's Attorney General swiftly responded to the order in a statement saying the Golden State would "vigorously defend the rights of transgender service members".

In part A.G. Xavier Becerra wrote, "California will take take every measure available to prevent President Trump’s discriminatory action that harms or marginalizes transgender servicemembers or any other transgender Americans who wish to courageously defend our nation."

He called their service an honorable sacrifice, adding the state's Department of Justice is reviewing the order.