Dozens of car break-ins across Bay Area under investigation

Sunnyvale police with help from Oakland police officers took 28-year-old Ismael Murillo-Rodriguez and 25-year-old Brayan Burgos-Vargas into custody. The suspects, both residents of Oakland, were found in possession of stolen property. 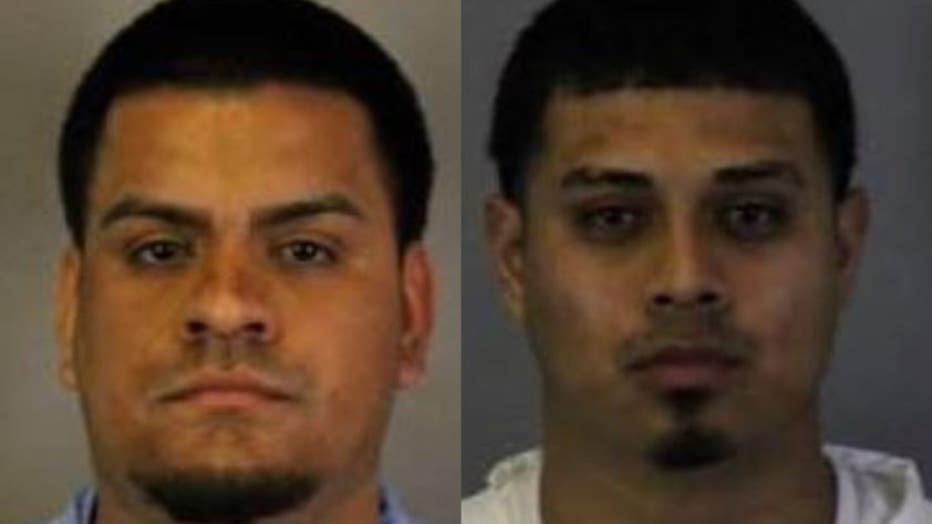 They were jailed on 43 charges of burglary and receiving stolen property.

"We were able to get the people in custody right away," said Sunnyvale Dept. of Safety Capt. Dan Pistor. He said authorities are sifting through the stolen property to see if there are any other victims.

Dozens of cars were found smashed on Rockefeller Drive near De Anza Park in Sunnyvale. Video at the scene taken about 11 p.m. on Tuesday shows windows smashed, and center consoles and glove boxes rummaged through. Glass was seen all over the sidewalk and inside the cars. And the overnight rain wasn’t making the situation any better, creating soggy seats. Officers with the Sunnyvale Department of Public Safety were seen investigating late at night.

"It's just kind of shocking," said Holly DeLafuente. "I've never seen it before."

At least 11 cars were smashed on Rockefeller Drive near De Anza Park in Sunnyvale on Tuesday. Jan. 7, 2019

The Sunnyvale spree comes just days after 12 cars were broken into in San Jose on Grace Street in the Willow Glen neighborhood.

Across California, there were 243,000 thefts from automobiles in 2018, according to the Los Angeles Times.

At least 11 cars were broken into in Sunnyvale. Sara Zendehnam reports

Though the number of car break-ins was higher during the peak year of 2017, statewide number in 2018 was well above the annual average of 223,000 for the eight previous years.

San Francisco saw car burglaries spike by 24% from 2016 to 2017. Other Bay Area cities have experienced similar increases in recent years. The issue received national attention in August when former Yankees baseball player Alex Rodriguez suffered a break-in to his rental car in San Francisco, resulting in the theft of an estimated $500,000 worth of electronics and jewelry. That case is still under investigation and no arrests have been made, the LA Times noted. From 2016 to 2018, San Jose experienced a 20% increase in car break-ins, according to a recent report by the San Jose Mercury News.

She launched Operation Tangled Web, which uses air support and patrols to focus on residential hot spots and small commercial corridors during the holiday season, while also targeting fencing of goods stolen from automobiles, officials said. It's unclear if her successor, Chesa Boudin, a former prosecutor, will keep this task force going. He takes office on Wednesday.

Video at the scene shows windows smashed, and center consoles and glove boxes rummaged through in Sunnyvale. Jan. 7, 2019

Officers with the Sunnyvale Department of Public Safety were investigating Tuesday about 11 p.m. Jan. 7, 2019