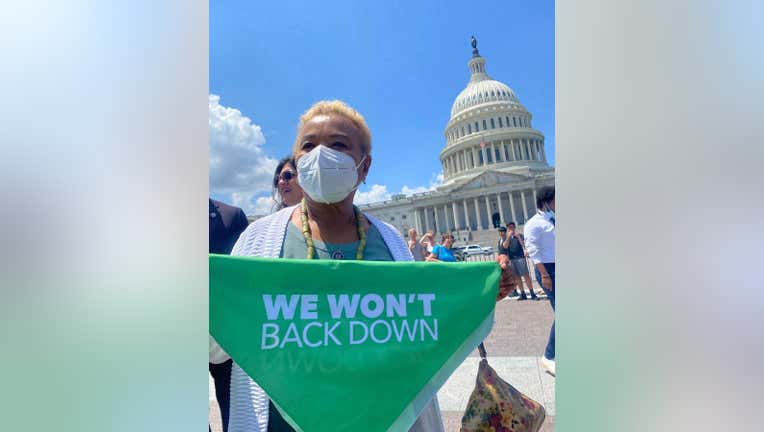 Rep. Barbara Lee, D-Oakland was among a group that demonstrated outside the U.S. Supreme Court in Washington, D.C. on Tuesday, July 19, 2022. She later got arrested on charges of crowding, obstructing or incommoding.

WASHINGTON - Bay Area Congresswomen Barbara Lee and Jackie Speier were among 35 people who were arrested Tuesday afternoon in an abortion rights protest outside the U.S. Supreme Court in Washington, D.C.

Lee (D-Oakland) and Speier, (D-San Mateo) were arrested on suspicion of crowding, obstructing or incommoding, according to U.S. Capitol Police.

15 other members of Congress were also arrested.

They were part of a group of demonstrators who were blocking a street near the Supreme Court building.

On social media, Lee shared images of her at the protest as well as her arrest and said, "One has a moral responsibility to push back against unjust laws. Today, I am standing up for reproductive freedom and bodily autonomy with the millions who have had their rights stripped away by inhumane policies." 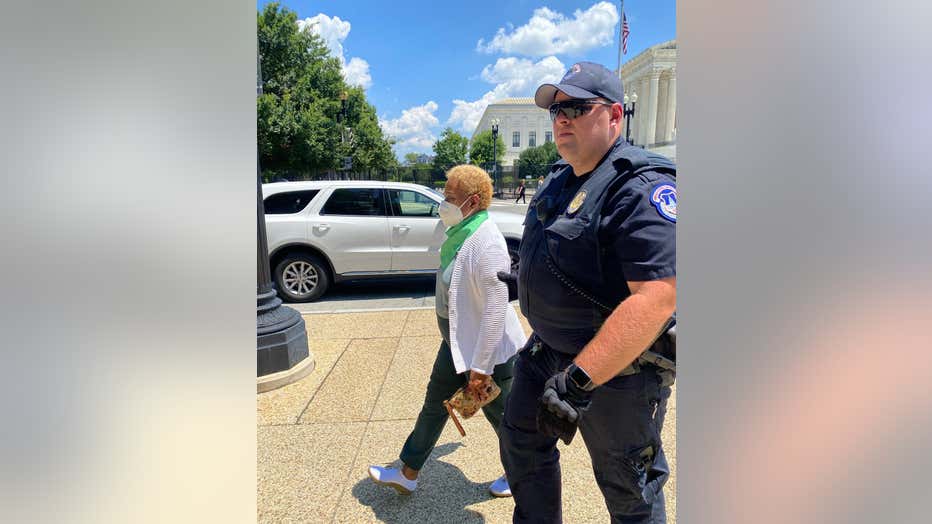 Rep. Barbara Lee, D-Oakland, and Rep. Jackie Speier, D-San Francisco/San Mateo, were among those arrested in an abortion rights protest outside of the U.S. Supreme Court in Washington, D.C. on Tuesday, July 19, 2022. (Congresswoman Barbara Lee/Facebook)

Speier referenced the late civil rights leader John Lewis, as she tweeted, "I've never been arrested before but I can hear the late congressman John Lewis imploring me to get in good trouble. We must be willing to speak out for patients who have the right to health care, and the fundamental right to bodily autonomy."

The congresswoman also shared an image of fellow demonstrators locked arm in arm with the caption: "Why are women’s bodies regulated more than guns." 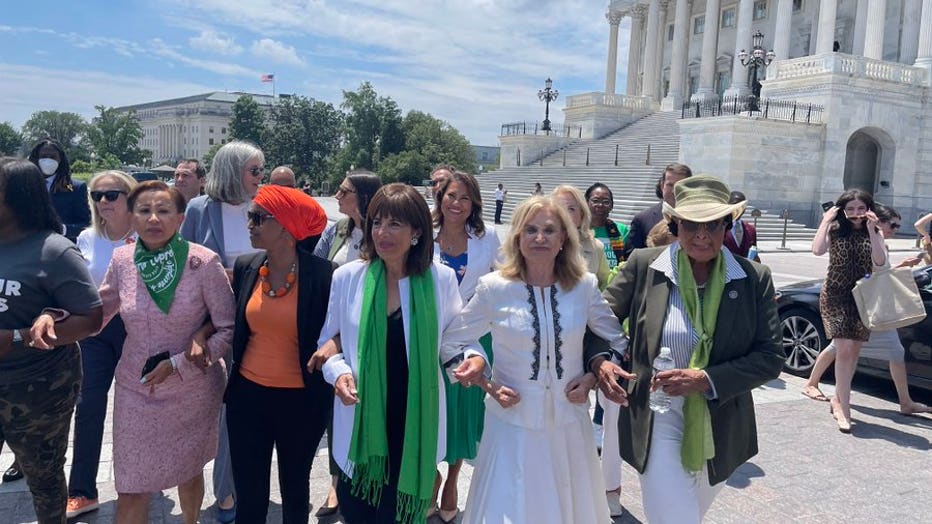 Rep. Jackie Speier, D-San Francisco/San Mateo was among dozens who got arrested during an abortion rights protest in Washington, D.C. on July 19, 2022. (Jackie )

Other members of Congress arrested included Rep. Alexandria Ocasio-Cortez (D-New York), who shared on social media that Lee was the first person arrested at Tuesday's demonstration and that the members of Congress made it back in time for votes on bills later in the day.

The protest came after last month's Supreme Court decision to overturn Roe v. Wade, which gave constitutional protections for pregnant people seeking an abortion across the nation and prompting some states to quickly ban abortions.