A motorcyclist and a passenger in a car died in two separate traffic collisions in San Jose.

The most recent was just before 6 a.m. on Wednesday at North 10th and Commercial streets, when a motorcyclist was struck by a large truck, police said. The rider was pronounced dead on scene.

In a statement sent to KTVU Wednesday morning, Republic Services acknowledged their truck was involved in the accident.

"Republic Services of Santa Clara County is aware that one of its drivers was in an accident this morning in San Jose, California, in which a motorcyclist is reported to have died.  Our condolences go out to the deceased’s family. At Republic Services, the safety of the public, our customers, and our employees is part of everything we do."

Police say it will take some time to determine who was at fault in the collision. 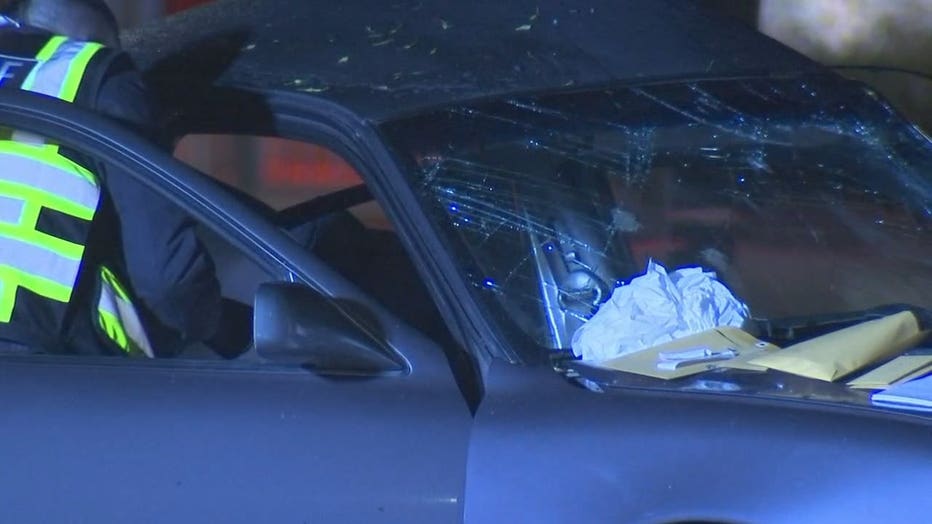 A passenger died after the driver crashed into a tree at the Target shopping center on Saratoga Avenue. Nov. 2, 2021

The earlier fatality was reported just before midnight on Tuesday near the Target shopping center on Saratoga Avenue near Campbell Avenue. The driver crashed into a tree and a passenger in the car was pronounced dead on scene, police said. The driver's condition was unknown.

Investigators were collecting evidence for more than five hours.

Several police agencies chased a car driving over the Bay Bridge. The driver was detained in San Francisco.