All three victims were rushed to the hospital in critical condition, according to the Contra Costa County Fire Protection District.

A fire crew just happened to be driving on Lone Tree Way before midnight, when firefighters spotted a car behind them.

The Nissan vehicle ended up slamming into a tree near Deer Valley High School.

The toddler was taken to UCSF Benioff Children's Hospital in Oakland, while the two adults in the car were transported to John Muir Medical Center in Walnut Creek.

There was no immediate word on how fast that car was going, or why it may have run into the tree. 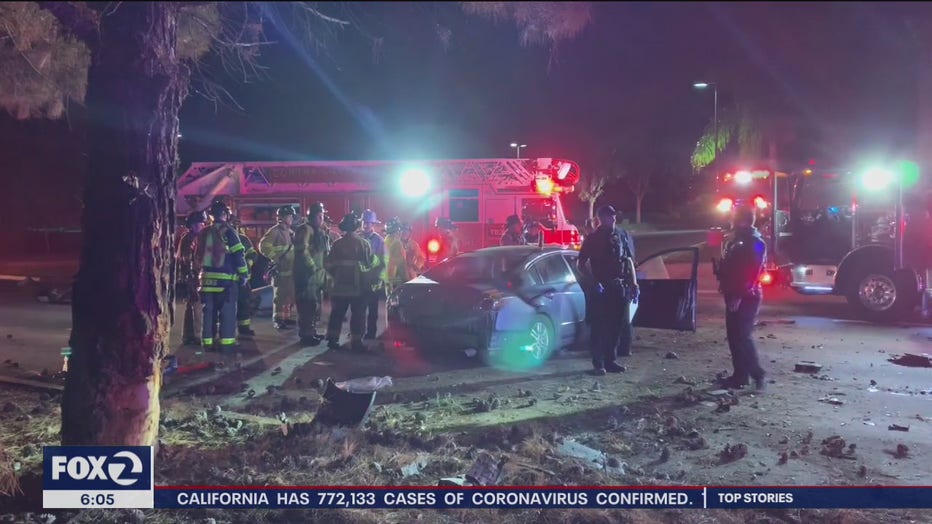