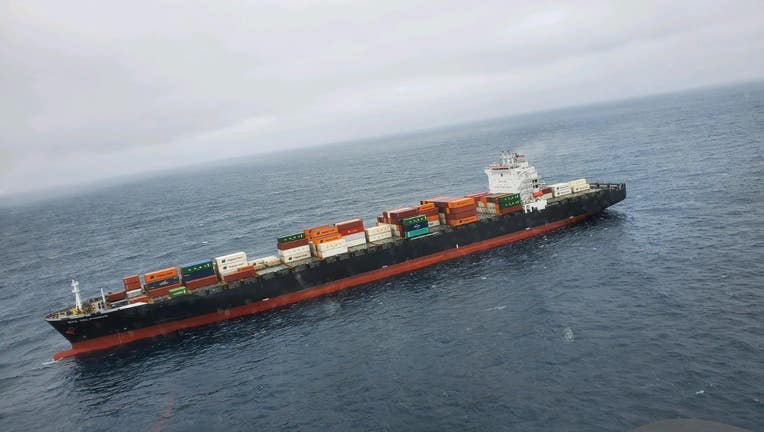 MONTEREY, Calif. - A container ship off the coast of Monterey reported an engine fire early Friday morning but no injuries have been reported as a result of the blaze, according to the U.S. Coast Guard.

The crew of the NYK Delphinus, which was bound for the Port of Oakland, reported the fire to Coast Guard Sector San Francisco at 4:54 a.m. while it was about 50 miles west of the Monterey coast.

There were 24 people aboard the ship at the time and the Coast Guard sent a boat and two helicopter crews to the area, with one transferring a dewatering pump to the ship. 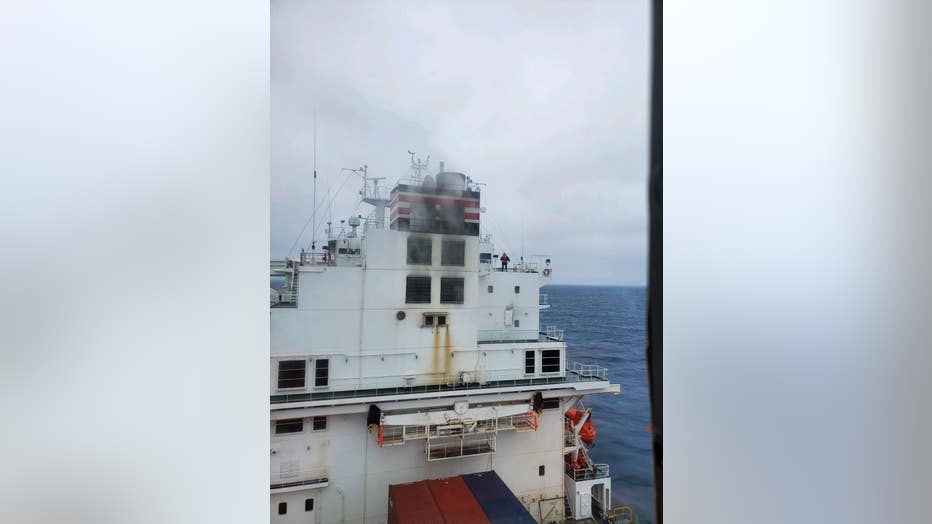 The Coast Guard, the state of California and Resolve Marine established a unified command for the response, with a focus on "the safety and well-being of the crew, controlling the fire, and mitigating pollution," the Coast Guard said in a news release.

No other details about the fire were immediately released.