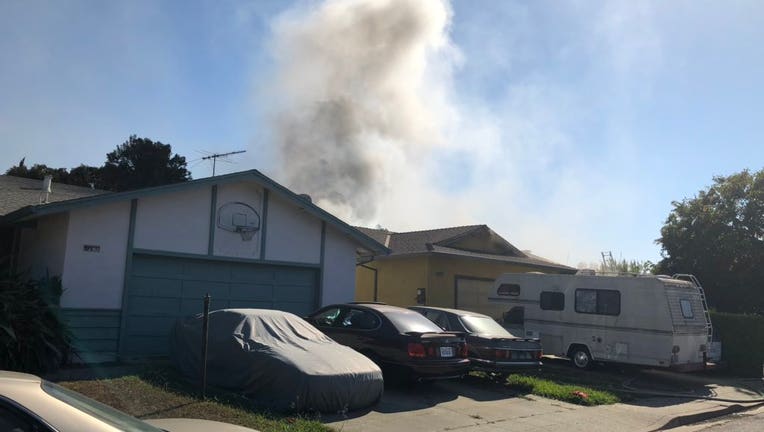 UNION CITY, Calif. - Alameda County fire crews are at the scene of a house fire Saturday afternoon in Union City.

The blaze was reported about 12:20 pm. in the 2200 block of Gem Avenue, a residential neighborhood near Quarry Lakes Regional Recreation Area.

Firefighters encountered smoke and flames when they arrived at the scene, the Alameda County Fire Department posted on Twitter.

Information about whether anyone has been injured was not immediately available. People are asked to avoid the area.