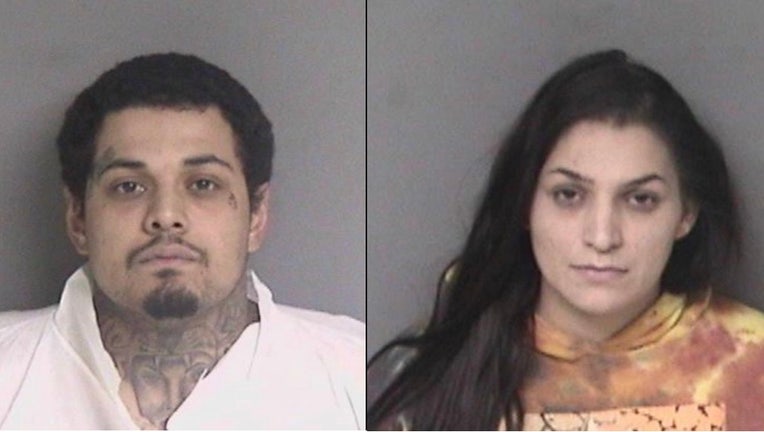 24-year-old Antonio Rodriguez (Left) and 31-year-old Miranda King (Right) were arrested and charged for their alleged involvement with a deadly shooting in Union City on April 9.

UNION CITY, Calif. - A man and woman were arrested and charged for their alleged involvement in a deadly weekend shooting in Union City, police said.

Miranda King, 31, also of Chico, was arrested and charged by prosecutors with accessory after the fact, police said.

This homicide is still under investigation.  Anyone with information regarding this incident is encouraged to contact Detective Andrew Smith at andrews@unioncity.org or (510) 675-5268. If you wish to remain anonymous, you can leave information on the UCPD tip line at (510) 675-5207 or at tips@unioncity.org