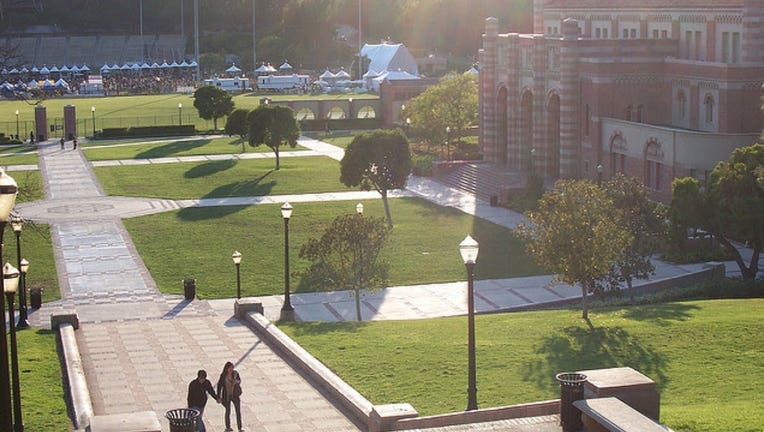 Enrollment across the UC system was flat this fall. Pictured above is UCLA's campus. (HOURANN BOSCI / FLICKR)

Enrollment across the University of California is expected to remain flat this fall, with a small increase in undergraduates - encouraging signs for the system amid the Covid-19 pandemic, which has resulted in most public universities across the country losing students.

The enrollment update is one of the few bright spots in the current condition of the university's budget, which was presented Thursday to the system's Board of Regents. The 10-campus system has faced significant revenue losses during the pandemic, leading UC to seek increased aid in the 2021-22 state budget to make up for most of it. But very little of those losses are attributable to changes in enrollment.

The state's other four-year public university system, the California State University, has also bucked national enrollment trends and has seen enrollment gains at more than half of its 23 campuses. The same cannot be said for the third public college segment in the state, California's 116 community college system. That system is suffering enrollment declines of up to 20 percent at some colleges, according to early estimates.

Nationally, undergraduate enrollment at public colleges and universities is down 4.4 percent compared to last year, including a 1.9 percent drop at four-year public universities, according to the National Student Clearinghouse Research Center. That includes a 10.5 percent decline in the number of first-year students at those four-year universities.

But across the University of California, the number of first-year students is expected to increase by 2.5 percent compared to Fall 2019. The system's enrollment figures are only preliminary estimates and not final data.

"Particularly when you look at the news across the country," he added.

The only drop in undergraduate enrollment for the university system has been among non-California resident undergraduates, which could include international students or students from other states. The university expects a 3.4 percent drop in enrollment among those students. That is expected to result in a loss of about $38 million in tuition revenue from out of state students, who pay more for tuition. Brostrom added, however, that many of those students are juniors or seniors who are taking a semester or quarter off and are expected to return at some point.

The university has also seen a decline of less than 1 percent among graduate students, which Brostrom attributed to a drop in international student enrollment.

At CSU, which enrolls 480,000 undergraduate students, enrollment trends have varied campus to campus but overall have been relatively encouraging.

Several of that system's campuses have experienced significant enrollment gains, such as Fresno State, where enrollment is up 5 percent. A few campuses, such as Humboldt State, have seen enrollment declines, while enrollment has stayed mostly flat at others, including Cal State LA.

Unlike CSU and UC, California's community college system has not been able to buck national enrollment trends, preliminary data indicates. At a meeting of the system's Board of Governors this week, statewide Chancellor Eloy Oakley said early estimates show that enrollment is down as much as 20 percent at some colleges.

Oakley emphasized that those figures could continue to fluctuate this fall and noted that at some colleges, such as Bakersfield College, enrollment has actually increased.

"So it's too early to tell exactly how big of an impact this is going to be on our system," he said.

Even with the positive enrollment news for the University of California, fiscal challenges likely remain ahead for the system.

This year, the state cut about $300 million in ongoing funding from the system's budget, which only would have been restored if the federal government passed another stimulus package by Oct. 15. Since there wasn't another relief package, the system must absorb those losses in this year's budget.

The system's Board of Regents on Thursday approved a budget request that will seek to have that $300 million restored in its 2021-22 budget. The budget also requests about $158 million to make up for other cost increases, including employee pay and benefits.

The university system is also asking for new investments from the state in other programs, including $16.5 million to expand student mental health services and $30.4 million to improve graduation rates, increase the number of degrees produced by UC and invest in faculty research.

Whether the state will be able to even come close to fulfilling that request won't be known for months, though the state did get positive news on Wednesday, when the Legislative Analyst's Office projected that California will have a $26 billion surplus next year. However, the LAO warned of a deficit in subsequent years that it projects will grow to $17.5 billion by 2024.

Michael Cohen, a regent for the system and the CFO of California's Public Employees' Retirement System, cautioned during Thursday's meeting that it's unclear what the state's finances will look like come May and June, when the budget is finalized.

"The promising news from the LAO is encouraging but even they sort of suggest the state is in for some long-term financial trouble," he said. "We're likely as a university to see financing trouble for the coming year. The budget you put in front of us is a nice wish list. I would caution everyone to not get too attached to it."

This story was originally published by EdSource.