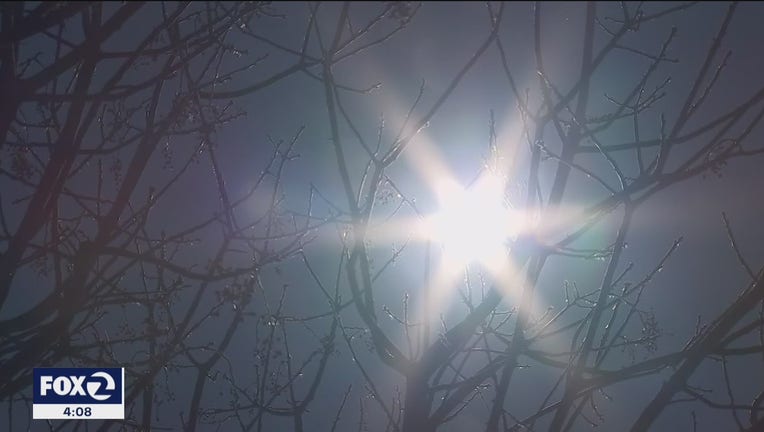 OAKLAND, Calif. - Weather around the Bay Area has been pleasant with spring-like conditions emerging. But that also brings the concern of fire danger as traditionally wet January and February have failed to materialize.

There appears to be a weather tug of war between prolonged dry weather that worsens fire danger and the rains needed to reduce it. The longer the region is without rain, the more chance of an early fire season.

Without rain for more than a month now, plus warm to hot temperatures, the fire threat is rapidly changing.

Warmest day of the week

Steve Paulson says today will be the warmest day of the week, with temps possibly reaching 80 degrees.

"I would say probably the one vegetation type that's most susceptible is going to be shrubland because they can dry out faster," said Stephens.

That includes chaparral, creosote, chemise, toyon, coyote bush; all plentiful in the Bay Area and California.

"If we add another third year of dryness to an already dry two-year period, that could be really volatile," said Stephens.

Thanks to the enormous rainfalls of last October and December, San Francisco State Emeritus Meteorologist Professor John Monteverdi said we still have time.

"If we had normal rainfall for March and April we would have in the Bay Area, and actually all of Central California, a normal year," said Professor Monteverda.

But, the drought and the damages it's already done remain real.

"That does not mitigate the two or three-year drought we've had, but at least we'll restore the vegetation's moisture and the soil moisture to some extent," said Monteverdi.

Professor Monteverdi has maintained a reporting weather station at his Oakland home for more than three decades.

"We have experienced the three driest January and Februarys and the two wettest, just in the last 5 years," he said.

So, what of the long-range rain forecast computer models?

"I'm looking at those, and it doesn't look like there's a lot of hope al least in the long models yet. So it gives me concern," said Stephens.

When should you be concerned?

On days when the humidity is 15% or less and sustained surface winds or frequent gusts of 25 mph or greater for three hours or more, we have the all the makings of a red flag warning and wildfires.