Vacaville Fiesta Days shuts down Sunday due to shooting

Vacaville police said the Vacaville Fiesta Days celebration was shut down because of shooting Sunday night. One man was injured, and the suspect was caught by an off-duty officer, officials said.

VACAVILLE, Calif. - Sunday's Vacaville Fiesta Days celebration was shut down because of a shooting, police said.

The alleged shooting happened at 7:44 p.m. as people were dancing, eating, and enjoying the carnival at Andrews Park. Police said they heard gunshots and found a man with a non-life threatening gunshot wound to his leg.

Authorities said the armed suspect fled the scene and an off-duty officer attending the festival helped to detain him.

The victim was an 18-year-old Fairfield resident, police said. The suspect, an 18-year-old Suisun City resident, was arrested for violation of probation, assault with a deadly weapon, and attempted homicide. 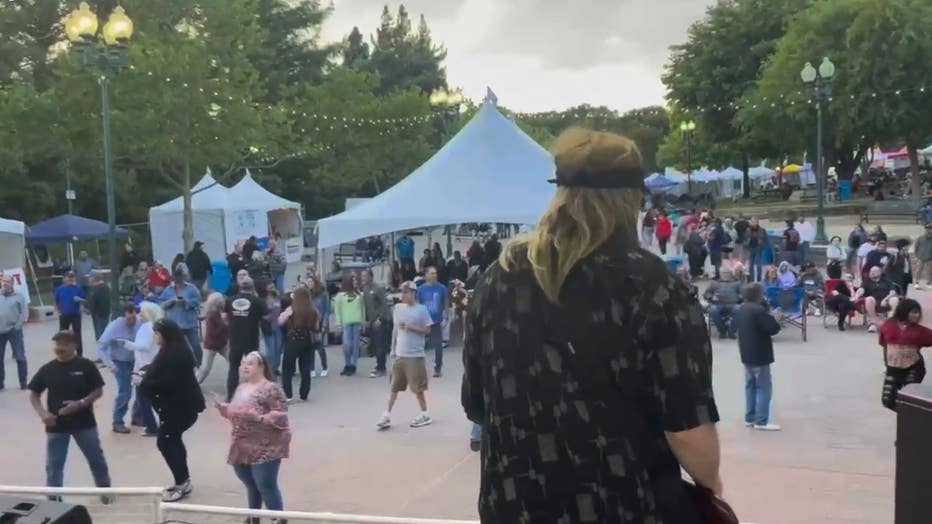 During the incident the police issued a statement asking the public to avoid the area and to find areas outside the park to reunite with loved ones.

Fiesta Days is a five-day event held annually. Created in 1957 and called Western Fiesta, it was a cowboy roundup and rodeo. Now it has evolved into a carnival with music, food vendors.

Officials said the event will be open Monday as scheduled.