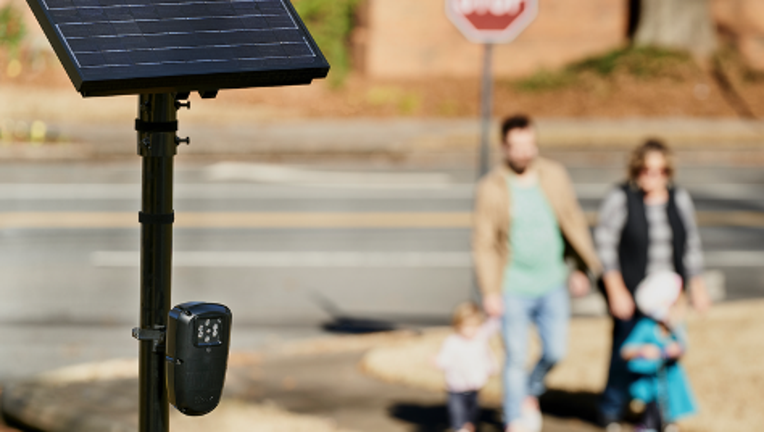 The surveillance technology is being touted as a crime-fighting tool. Police have "strategically placed" 10 LPRs throughout the city at a cost of $2,496 a year each, which includes maintenance and installation. Police said there is at least one privatized installation in a neighborhood through a homeowners association.

Funding for the cameras will be secured through the Bureau of Justice Assistance grant.

Police assure the cameras are not for traffic enforcement and do not use facial recognition technology, but rather capture license plates and car descriptions.

If a vehicle is reported as stolen and drives by one of the cameras, police will receive a notification.

Unlike other license plate readers, Flock Safety's footage, which is stored in the cloud, is automatically deleted every 30 days. 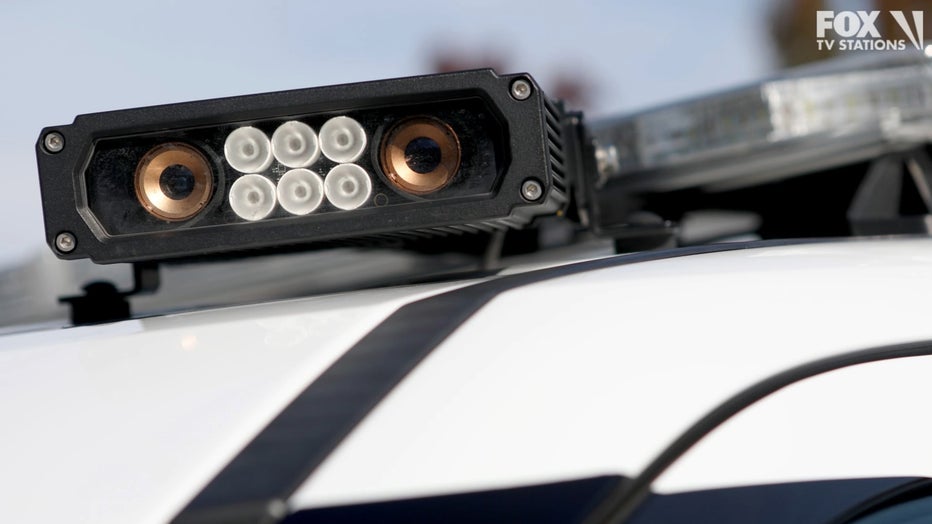 One of three license plate reader cameras mounted to the roof of a patrol vehicle is photographed at the police station in Dublin Calif., on Nov. 22, 2017. Dublin is currently considering expanding its license reading equipment.

Police Chief Shawny Williams said LPR technology was "essential" to 21st century policing. “We are confident that this partnership with Flock Safety will serve as a valuable benefit to both our department and community.”

In addition, police said LPRs can be used to help solve property crime and would be useful in Amber and Silver alert situations. The company's cameras are already being used in San Francisco.

Vallejo Police Department already has automated LPR technology in place from a separate vendor called Neology/PIPS. Electronic Frontier Foundation's Atlas of Surveillance is an interactive tool that documents the technology police are using in communities.

The surveillance expansion comes at a time when Vallejo P.D. is trying to rebuild trust with the community. They recently announced the 'Operation PEACE' initiative to address a spike in homicides. However, the department is also struggling with scandal, recent controversial police shootings, and a record blighted from police shootings over the past decade.

"It's not going to make it better. Vallejo P.D. has a troubled record with deaths of civilians at the hands of police." Considering its size, it's one of, if not the highest, in California, she said. "There has to be a trust relationship regarding all that data on innocent people. This is going to create upset and worries if the trust is not there."

Both Rosenberg and the Electronic Frontier Foundation agree, it is an improvement that the data is deleted about once a month, rather than once a year, which is standard for other LPR tech companies.

Critics of law enforcement surveillance have said there are concerns of overreach and privacy implications that make LPRs problematic.

EFF's Dave Maass notes even with 30 days worth of data, law enforcement can monitor patterns of our movements and gain personal information about us. Things like trips to romantic interests, who you may be picking up, or in his words, things "that are nobody's business" would be surveilled.

A statistic from Flock Safety's website says 70% of crime involves a vehicle and that police say a license plate is the best evidence to solve crime.

Rosenberg counters that the technology has been flawed in the past.

"There are several prominent cases where LPR results in error by misreading of a digit on a license plate." Rosenberg said this has led to situations of high-risk felony stops by police who pull people over "guns blazing" adding it's a terrifying experience especially if you are Black or brown.

She said there are records of stolen cars that have been recovered, but were never taken out of the system.

Vallejo has posted their LPR policy through Northern California Regional Intelligence Center, a multi-jurisdiction law enforcement group, that in part deals with information sharing and cybersecurity. It says the law enforcement agency involved should visually verify the license plate from the digital image for accuracy.

Rosenberg sees this program expansion as "mass surveillance." She considers a storehouse of data that neighboring police jurisdictions, or ICE, may want to get their hands on as, "over the top." While Senate Bill 54, the California Values Act, prevents police from sharing information with ICE, mathematically speaking, a data breach is not impossible.

"When cities collect data, documents show 99% of plates they select never ping because it's not associated with criminal activity," said Rosenberg.

Rosenberg and EFF's Maass both question the strength of police policies and their compliance in regards to surveillance and the protection of civil liberties and privacy.

Vallejo police said, "The goal is to encourage more neighborhoods to use the information sharing and evidence collection tool."

Maass finds this partnership and goal peculiar. Flock Safety has a history of partnering with HOAs and only recently started selling to police departments.

More than 300 police agencies across the country are using Flock Safety surveillance cameras.