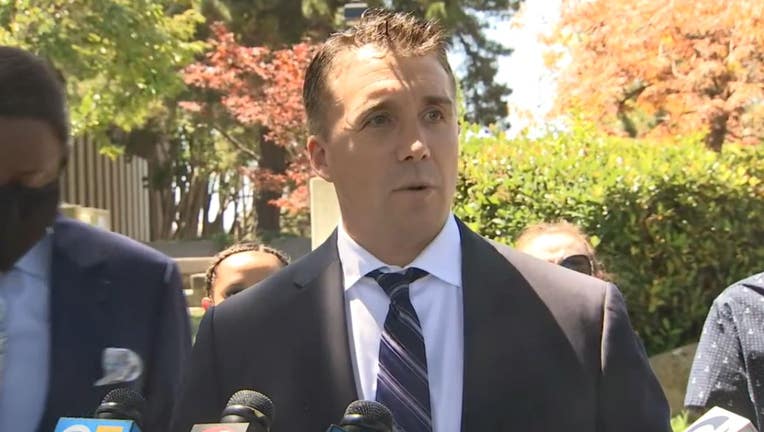 Ben Nisenbaum an associate with the law office of John Burris.

Much of the news conference focused on Officer Tonn's background. In a statement, Burris said it was Tonn's fourth shooting in five years.

Tonn fired five bullets from an AR-15 semi-automatic rifle from the backseat of an unmarked, moving pickup truck, killing Monterrosa, 22, in a Walgreens parking lot on June 2, according to Burris. 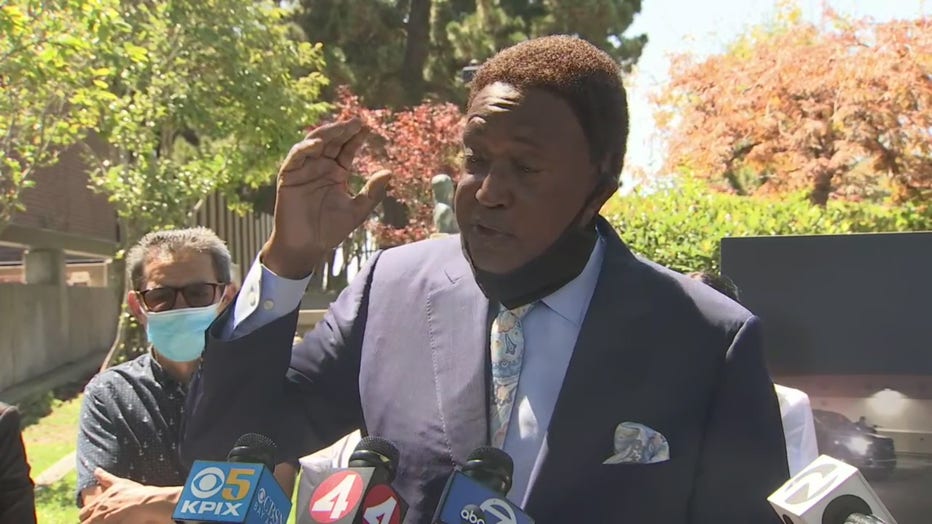 Burris said the civil rights of Monterrosa's mother, father and two sisters were violated based on the 14th Amendment, which deals with due process.

The suit claims the department knew the officer involved had a history of firing his gun on the job.

"This is a trigger-happy officer and potentially a homicidal officer," said Ben Nisenbaum, an associate attorney with Burris' law firm.

Burris' firm said Tonn accounts for more than 10% of the city's 32 police shootings in the past 10 years.

In 2015, they said he fired his weapon 18 times in two seconds in an alleged car ramming incident.

In 2018, Tonn was sued for excessive force against a man who was filming him during a traffic stop. Tonn allegedly put Robert Strong in a chokehold, took him to the ground and scraped his head.

Burris emphasized Monterrosa's shooting is disturbing, partly because we still don't know what Monterrosa was doing in the moments leading up to the shooting.

"Surrendering maybe?" he suggested. No video evidence of the shooting released by police or the City of Vallejo shows the moments leading up to Monterrosa being shot.

The civil rights attorney found the police union's narrative questionable that Monterrosa was in an "attack position" prior to the shooting and found the police to be "disingenuous" in their characterization of Monterrosa being a threat to an approaching police vehicle with a hammer in his possession.

"This was a panicked shooting," said Burris. He called the shooting "a despicable act of cowardice" and that the officer "showed a reckless disregard for human life."

Burris went further, questioning the department's culture and several officers' moral fitness to be on the police force.

"Many of these officers, including Tonn, are unqualified, undisciplined, and morally unfit to be police officers."

Nisenbaum questioned how Tonn was back on the job so soon in 2017 when he was involved in shootings six weeks apart. "Does the department discipline?"

The FBI and AG Becerra are involved in the alleged destruction of evidence part of the case after the windshield that was shot through was discarded and the vehicle put back into service with a new windshield.

Vallejo Police Officer Association's president and another officer have been placed on leave in relation to that incident. However, the attorney general's office is not investigating the shooting itself after a request to do so from Solano County's district attorney, who had recused herself from the case.

"It turns out, to them, that destruction of evidence is more
important than murdering my brother," Ashley Monterrosa said.

Tonn's attorney and the Police Officer's Association have declined multiple requests by KTVU for comment.