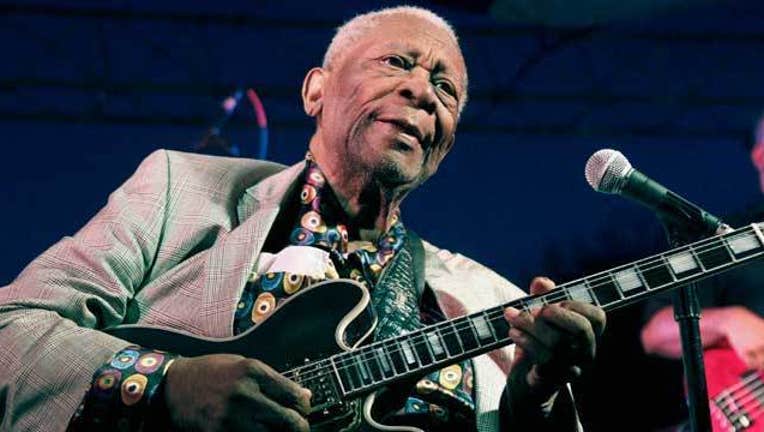 LAS VEGAS (KTVU-AP) -- A dispute over B.B. King's health and wealth was tossed out of court Thursday by a judge in Las Vegas who said two investigations found no evidence the blues legend was being abused.

Three of King's 11 surviving children -- Karen Williams, Rita Washington and Patty King -- said outside court they suspect Toney is stealing money and neglecting King's medical needs while blocking them from seeing their father in home hospice care. They vowed to keep fighting.

"We lost the battle, but we haven't lost the war," Williams vowed.

Toney and her attorney, Brent Bryson, denied the allegations, said visits can be scheduled as they've always been, and called the sisters' efforts a money grab.

"It's all about money," Bryson said. "Mr. King is no longer out able to tour at this particular time so there's no money coming in. The only way they can get money now is by filing a frivolous type of action."

Clark County Family Court Hearing Master Jon Norheim said from the bench that police and social services investigations in October and April uncovered no reason to take power-of-attorney from Toney. The reports won't be made public, the judge said.

"There is no evidence of need for guardianship," Norheim said. "Mr. King has counsel. I don't have anything here that says he lacks capacity. He has some serious health issues. But ... if he feels like he's being taken advantage of, he has remedies."

Norheim said he can't consider daughter Karen Williams' petition to take over as King's guardian until every one of King's surviving children and dozens of grandchildren receives legal notice.

Karen Williams and a would-be executor, Fredrick Waid, sought to wrest power-of-attorney from Toney with an April 29 petition asserting that more than $5 million in assets was at stake.

Bryson said he couldn't comment on King's estate, which the document said would also include intellectual property rights and royalties.

"The family has been unable to account for what is reported to be in excess of $1 million," the court document says.

Bryson called the theft allegation "almost laughable." He said all of King's spending was legitimate and accounted for.

King was hospitalized a week ago, after police were called to his home in a dispute between Toney and Patty King about his condition. No arrests were made. The musician returned home Friday.

King, born Riley B. King in the Mississippi farm town of Itta Bena, toured and performed almost continually until October, when he canceled the remaining shows in his 2014 tour after falling ill in Chicago with dehydration and exhaustion.

Las Vegas police were called to King's home in November on allegations of elder neglect and abuse. Officer Jesse Roybal said this week that case remained open, and no details were available.

King is a Rock and Roll Hall of Famer and a 15-time Grammy winner. He has released more than 50 albums and sold millions of records worldwide. He is considered one of the greatest guitarists of all time.

His guitars, famously named Lucille, have soared and wailed in songs such as "Every Day I Have the Blues" and "The Thrill is Gone."

King was married several times and had 15 biological and adoptive children. Four children have died.

His eldest surviving daughter, Shirley King, who tours as "Daughter of the Blues," said the dispute between family members and Toney has been months in the making.

"I'm not too sure things are right. But my dad would never want this," Shirley King said by telephone from her Chicago-area home. She did not attend Thursday's hearing, which she said brought disrespect to her father's legacy.

"I'm crying about what people are doing," she said.