Brush fire on shoulder of I-580 causes major traffic delays

Authorities shut down lanes to battle the blaze.

LIVERMORE, Calif. - Traffic on eastbound I-580 west of North Livermore Ave backed up for several hours Thursday because of a 2-alarm grass fire that burned near the right shoulder of the freeway.

The grass fire was first reported to the California Highway Patrol at 9:47 a.m.

The fire is burned near an apartment complex, although there were no reports of evacuation orders.

Drivers faced residual traffic delays in the area due to the thick smoke, as well as lane closures by firefighting personnel. 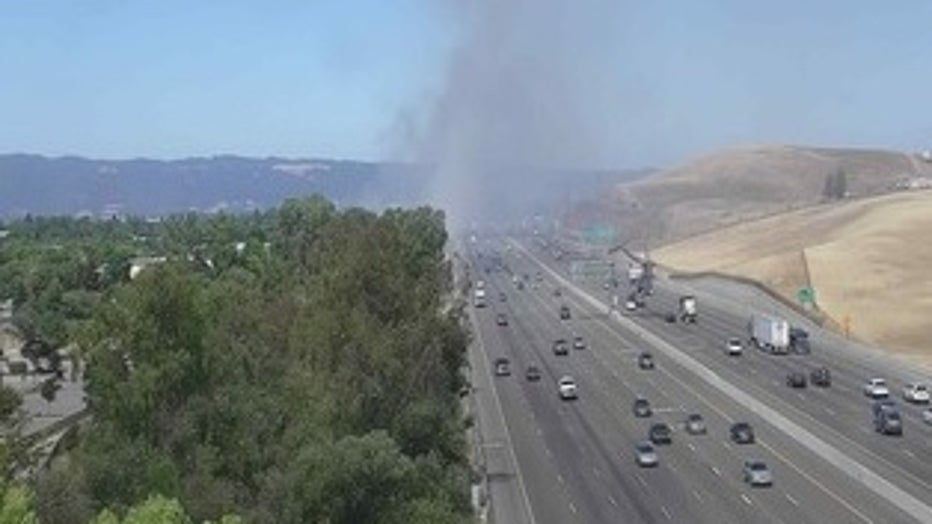