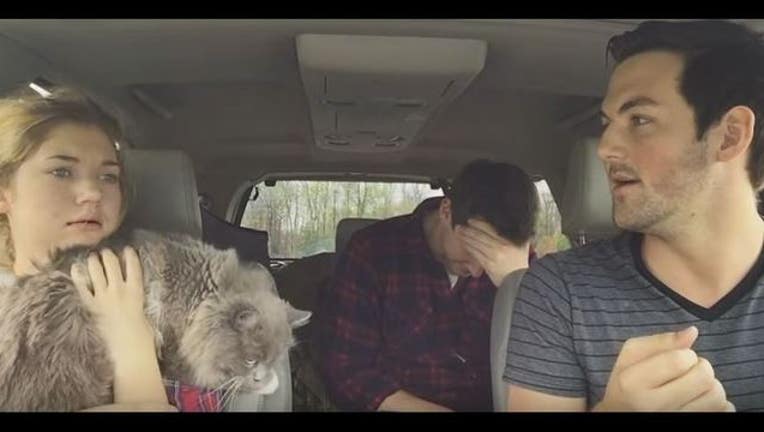 Fresh out of dental surgery, a couple of brothers (and their mother) play a scary prank on their sister that is going viral on YouTube.

The two brothers knew that their sister Millicent would be a bit disoriented after she had her wisdom teeth removed, and decided to plunge her into having to frantically deal with an oncoming zombie apocalypse. One of the brothers installed a dash cam to record the fun.

After placing Millicent in the car, her brother played a CD recording on the ride home that was designed to sound like a radio station breaking in with an emergency broadcast.

“The Center for Disease Control in Washington D.C. has issued a viral outbreak warning: state and local officials have reported cases of high fever, nausea, death, and even cannibalism. Stay in place until further notice.”

Even Millicent's mother was in on the joke, frantically calling her kids to come back home before they became "infected."

Watch how poor, disoriented Millicent handles the oncoming "outbreak" during the drive.

WATCH The YouTube video from Cabot Phillips channel has been viewed over a million times since it was posted on Monday.