OAKLAND, Calif. - A vigil was held on Thursday for Lolomanaia "Lolo" Soakai, who was killed after a deadly Oakland police chase along International Avenue. In a tragic chain of events, the suspect being pursued, crashed into a row of motorcycles, which landed on top of Soakai, who was eating a burrito at a taco truck.

"I was the last person he spoke to before he got hit. He came up to me and he said ‘Bye sis. Get home safe,’" said Ina Lavalu, Sokai's cousin.

His mother was also with him when he was killed. She ended up breaking her back and may need surgery. Two other cousins suffered minor injuries.

KTVU first reported that two rookie Oakland police officers initiated an unauthorized chase of 19-year-old Arnold Linaldi in his Nissan 350Z down International Boulevard, after he was allegedly involved in a sideshow. 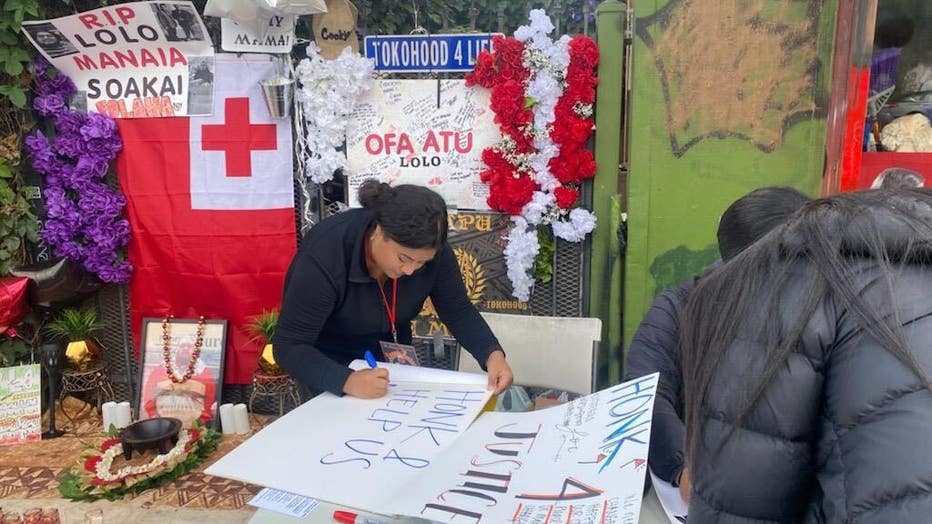 After the officers saw Linaldi crash in the street, two sources told KTVU that they took off and did not render medical aid.

"There’s officers out there that we have respect for and then there’s officers that just proved to the public can’t be trusted," said Ian Finau, a cousin of Sokai's who attended Thursday's rally.

One source said that the officers never came back to the scene. Another source said the pair showed up later to help, acting as if they didn't know about the crash.

Those at the rally also called on the city and community to work together to better address side shows and other road safety challenges in Oakland.

Meantime, Lunaldi, the driver being pursued by police, has since bailed out of custody and has not yet been charged with any crime.

The Oakland police officers involved in the chase are now on extended leave.

The family has created a GoFundMe to help pay for expenses. 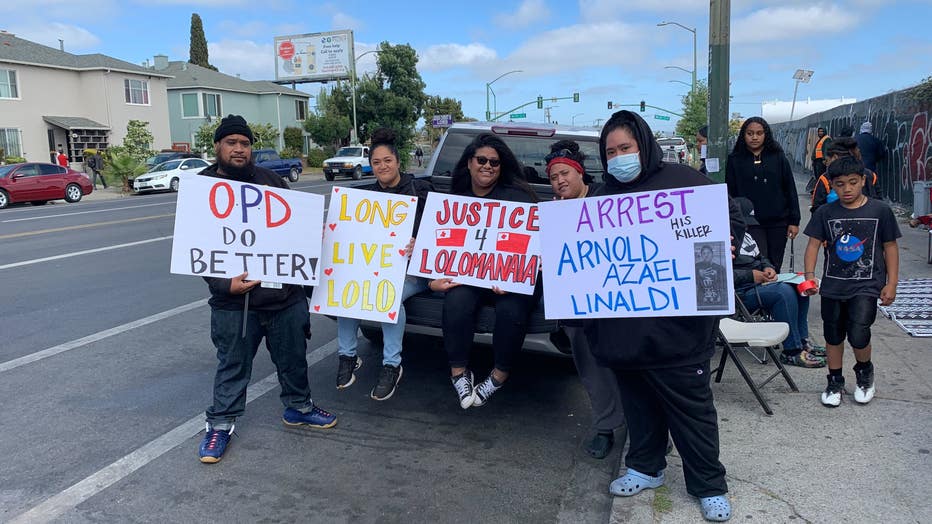