OAKLAND, Calif. - Two rookie Oakland police officers chased the driver of a Nissan 350Z they said was involved in a sideshow event, prompting a deadly crash before fleeing the scene without helping anyone who was injured, two sources with knowledge of the department told KTVU.

The two officers did not have authorization or approval to instigate the pursuit that ended with the Nissan driver crashing into a row of vehicles, leading to the death of a bystander at a taco truck, according to one source. Such rogue chases are known as "ghost stops," the source said.

The officers did not initially come forward with what happened Sunday at 2 a.m. at 54th Avenue and International Boulevard, in a collision that killed 28-year-old Lolomanaia "Lolo" Soakai of Hayward, who was described as an innocent bystander and had no connection to the sideshow, the sources said.

Speaking to reporters on Monday, Police Chief LeRonne Armstrong did not mention that the officers had witnessed the crash and left. He said, however, that he had placed the officers on administrative leave and opened an Internal Affairs investigation, which is typical protocol.

On Wednesday, in response to questions from KTVU, Armstrong said he has "relieved the officers of police powers, as these very serious allegations are being investigated."

All along, police have stressed that the real culprit is 19-year-old Arnold Azael Linaldi of Oakland, because he was connected to an illegal sideshow event and was speeding down International Boulevard in the bus lanes.

During a news conference on Monday, Armstrong said at some point the officers "disengaged" and Linaldi sped away at about 100 mph, before he crashed into parked cars and motorcycles on the side of the road. The chain reaction ended up killing Soakai. Police said three other men suffered minor injuries.

But what the chief told the public wasn't the whole story, according to the sources.

According to one source, the two officers saw the crumpled Nissan in the middle of the street and never got on the radio to ask for medical care. It's unclear if they saw that the crash had also killed Soakai and injured others on the sidewalk.

Despite the officers' lack of candor, some of their actions and conversations were caught on body camera video, the sources said.

One of the officers can be heard saying something to the effect of "I hope they die," after he and his partner left the crash scene, according to one of the sources. The officers were referring to Linaldi.

According to the second source, the officers eventually ended up returning to the scene, showing up to help as if they had no knowledge about what caused the chain of deadly events.

The two sources who spoke to KTVU on condition of anonymity both have intimate knowledge of the Oakland Police Department and were granted confidentiality because they are not official spokespeople for the department. 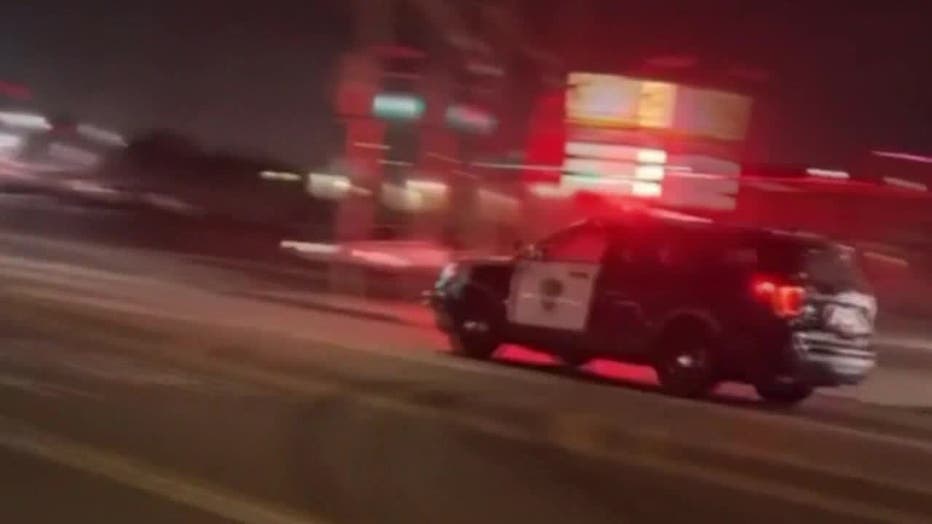 A short clip of Instagram video shows a few seconds of the chase early that morning: An Oakland police SUV is seen chasing a car down International Boulevard. In the short video, the police car does not have its lights or sirens on, which is a violation of department policy.

However, one of the sources said that at some point, either before or afterward, the two officers did activate their lights and sirens on the car. Those lights and sirens automatically trigger police worn body cameras. It's unclear if the officers knew about the automatic activation technology.

KTVU has not been able to view the videos independently.

But both criticized the chief’s outward actions, accusing him of not being transparent with the public. They both said they felt the chief could be more forthcoming and still honor the privacy of the officers under the Peace Officer Bill of Rights.

In a statement issued to KTVU, Armstrong did not confirm or deny the specifics of what the sources said. He said that he is prohibited by law and OPD policy to discuss any open Internal Affairs investigation.

In the statement, Armstrong reiterated placing blame toward Linaldi, saying he was "outraged by [his] egregious actions." But he also did not spell out the specifics of what Linaldi's alleged involvement was in the sideshow.

"What's sad about this situation was that driving this vehicle at a high rate of speed is what caused this tragic event," Armstrong said." That shouldn't have happened. And so again, you know, it's important that we hold ourselves accountable to make sure that we look into our involvement to make sure everything we did was in compliance with our department."

Linaldi was arrested on a vehicular manslaughter with gross negligence charge.

But records show he posted bail on Tuesday and was released from custody.

As of Wednesday, Linaldi has not been charged with any crime, according to the Alameda County District Attorney's Office.

Efforts to find him were unsuccessful.

KTVU tried to reach Linaldi through his Facebook page, which shows him at what appears to be sideshow events in the past. He and his friends have posted several videos showing them speeding down streets, including down International Boulevard. He has not responded and has since made some of his page private.

This new information comes to light as the Oakland Police Department’s period of oversight under a federal monitor has entered a "probationary period."

U.S. District Judge William Orrick ruled that as of June 1, the department has one year to be found in compliance with the negotiated settlement requirements set into place nearly 20 years ago. If they do, OPD can be free from any federal oversight. 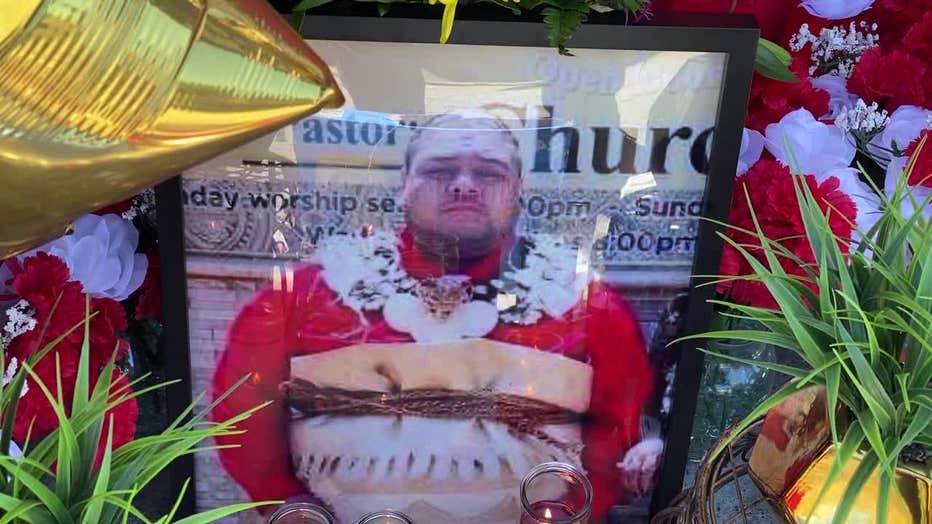 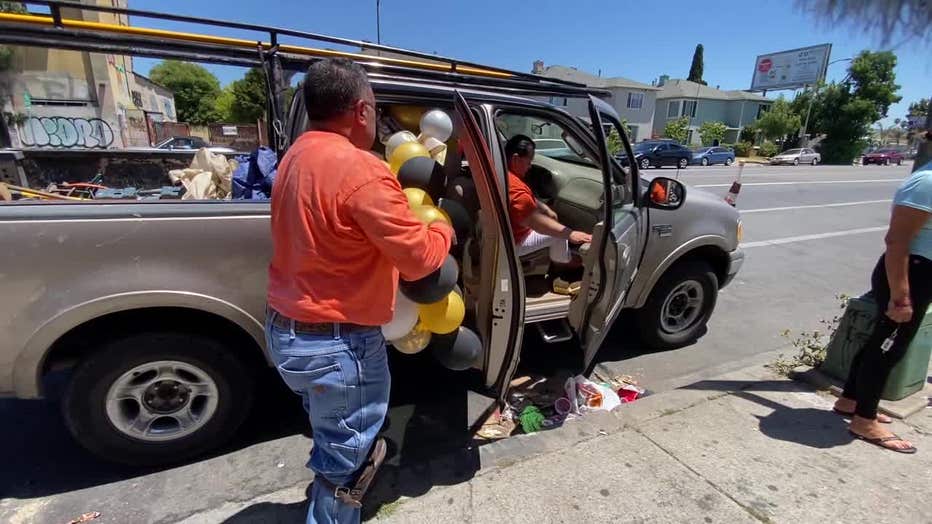 Relatives bring balloons to a memorial for Lolomanaia Soakai, 28, who was killed on International Boulevard. June 26, 2022 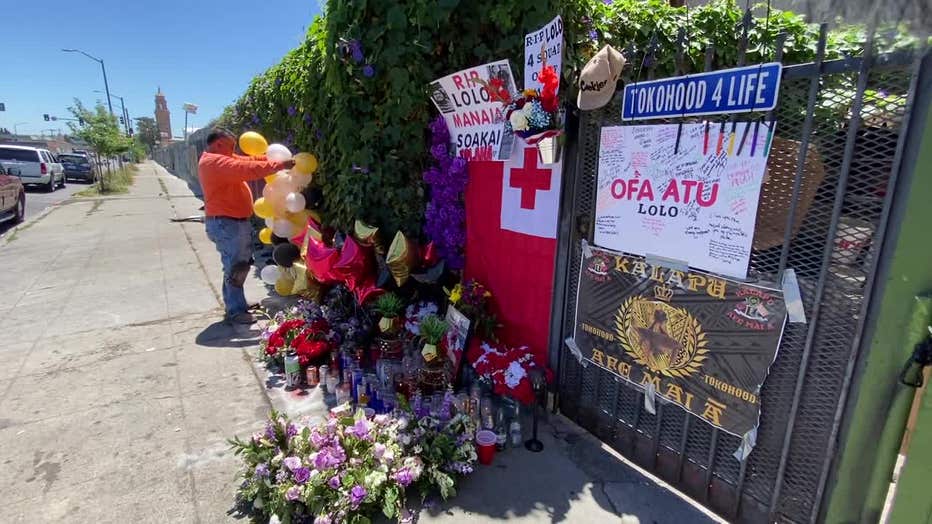 A memorial for Lolomanaia Soakai, 28, who was killed on International Boulevard. June 26, 2022