SAN JOSE, Calif. - Kirk Bertolet was there in a San Jose rail yard when a co-worker he vaguely knew opened fire in a mass shooting that claimed 10 lives, including the gunman.

"The families he's devastated and my co-workers. I am forever altered and that really pisses me off," says the signal maintenance technician.

He's grappling with anger at the gunman and sorrow over the loss of his co-workers and friends.

He says the shooting started in a room across the hall from him.

Bertolet says he and another co-worker barricaded the door in the room they were in and he texted his family. He says he told his family he loves them in case he didn't survive.

"Overwhelming feeling of helplessness and hopelessness as I was listening to my co-workers get gunned down. Unfathomable," Bertolet says.

The 64-year-old says when he thought it was safe, he went to the room where the shooting started,

SEE ALSO: What we know about the VTA light rail gunman Sam Cassidy

"The silence was deafening. It was incredibly quiet," says Bertolet. "There was no moans, nobody talking."

Bertolet says he was able to comfort a a female employee  who was with the men killed.

She described the gunman targeting certain people., he said.

"She looked up and saw him looking at her and that he went around and shot everybody again -skipping her," Bertolet says, "One of my co-workers was still breathing, [but] he was gone. There was nothing we can do for him."

SEE ALSO: Widow of slain VTA employee says her husband and 'rock' died in her arms

Bertolet says he didn't know the gunman was Sam Cassidy until it was all over and he was leaving the scene. He saw Cassidy's body on the sidewalk.

"I just wanted to go wake him up and kill him again. I'm furious that one guy, one person has been able to change my life," Bertolet says.

He only knew Cassidy casually and that he appeared to be an outsider. .

He says this mass shooting is a lesson, "This is about mental illness and how we treat one another and how we act towards one another. in the workplace."

Bertolet says he's now hyper-vigilant and expects a long road ahead to recovery.

He's receiving counselling and relying on the help of family and friends.

He had planned to retire in August, never imagining that he would end his career this way. 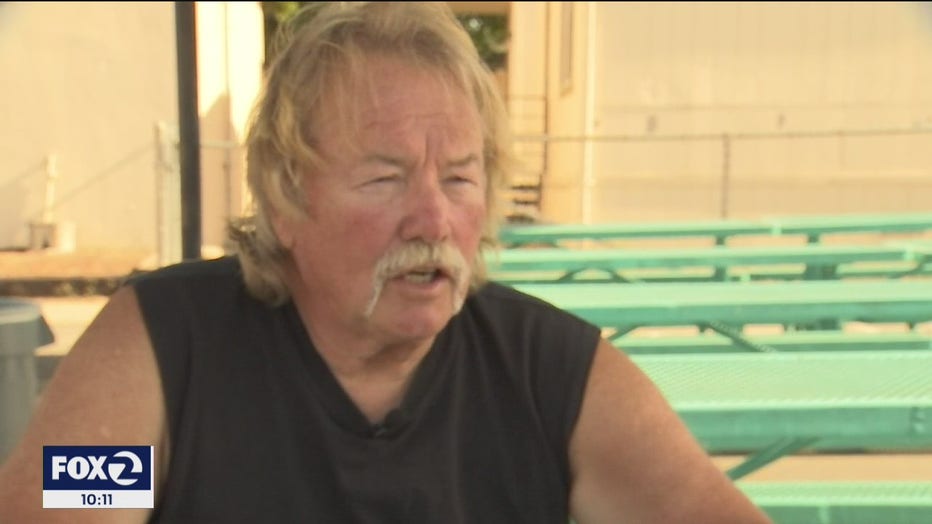