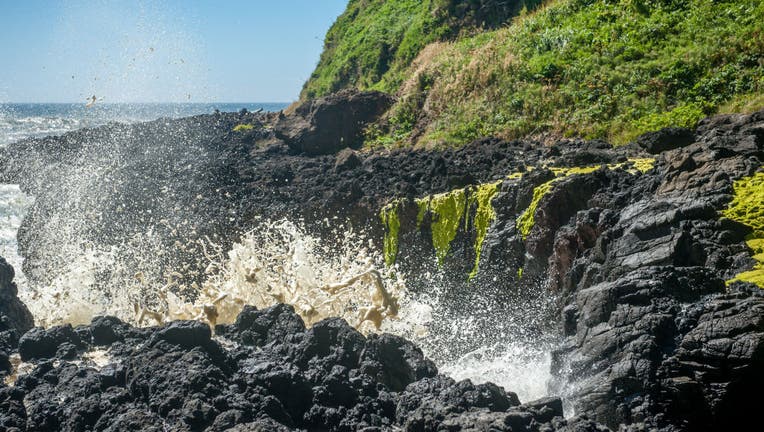 Waves crashing into the rocks at Devils Churn along the Oregon Coast, USA. (Photo by: Edwin Remsburg/VW Pics via Getty Images)

YACHATS, Ore. - A California man who attempted to jump across a wide cove of frothing water at Cape Perpetua Scenic Area is presumed deceased, according to state police.

Devil’s Churn, a popular stopping point at Cape Perpetua, is a somewhat narrow slice in the coastal basalt rock known for boiling water that kicks up large sprays of waves.

"Troopers and emergency personnel responded for a subject who had fallen into the ocean at Devils Churn," Oregon State Police said in a news release. "Fellow visitors attempted to rescue Allen but were unable to retrieve him from the water."

Allen was last observed by rescue agencies unresponsive prior to losing sight of him, officials said. The U. S. Coast Guard and other responding agencies suspended their search at approximately 6:40 p.m. Allen is presumed to be dead, officials said.