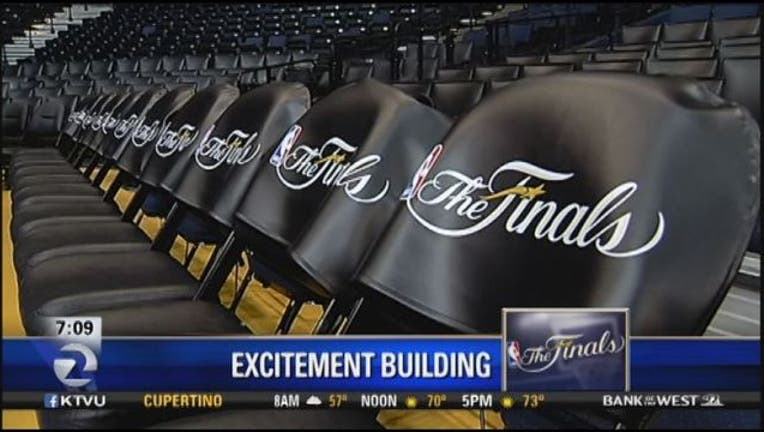 OAKLAND, Calif. (KTVU) - For the first time in 40 years the Dubs have made it to the NBA Finals.

Oracle Arena is all ready for Game 1 against the Cleveland Cavaliers Thursday night.

Tickets are still available to the game, but they won't come cheap. The least expensive tickets are still going for over $600. Fans who want those VIP court side seats could pay up to $81,000.

As for the Warriors, they've been off for eight days and are ready for Game 1 to start.

Fans were relieved to hear Tuesday that Klay Thompson will indeed play on Thursday.

Thompson joined his teammates at practice Tuesday afternoon. He had hit his head during Game 5 of the Western Conference Finals last week and showed concussion symptoms that evening.