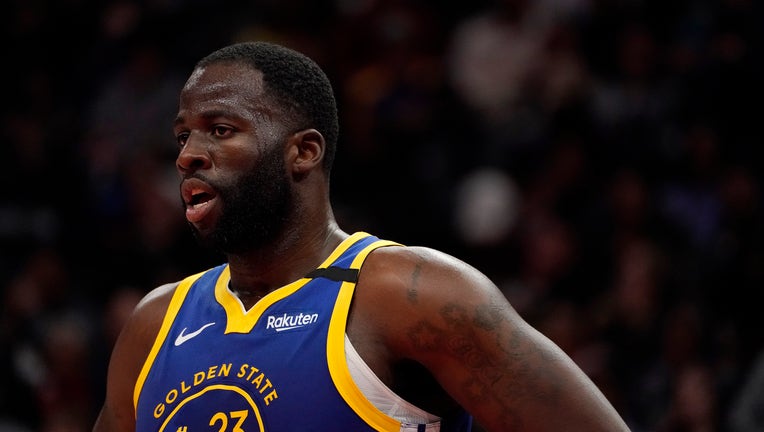 Draymond Green #23 of the Golden State Warriors reacts in the second half against the Washington Wizards at Capital One Arena on February 03, 2020 in Washington, DC. (Photo by Patrick McDermott/Getty Images)

SAN FRANCISCO - The Golden State Warriors were missing Draymond Green and James Wiseman at their first group practice of training camp on Monday, less than a week after the team announced two players had tested positive for COVID-19.

Though coach Steve Kerr did not actually name the two players who were positive for the virus, he was clear that they were the only two who missed practice on Monday.

“I’m not allowed to comment. You can make your own deductions. I know it’s really tricky,” Kerr said, adding that he assumed the reporters on the call had “figured out what’s happening here.”

According to NBA pandemic-protocols, players who test positive must wait a minimum of 12 days after the initial positive test before returning to work. They also must produce two negative tests and be cleared by a physician. The team has not announced a date for their expected return.

“I’m not too worried about Draymond,” Kerr said. “He’s got a better feel for what we do than anybody. So he’ll be fine once he gets rolling with practice.”

But for Wiseman, who the Dubs drafted second overall last month, it’s a setback for the 19-year-old who's looking to establish his footing after not playing in an official basketball game since November last year.

The Warriors are set to open their preseason when they host the Denver Nuggets this Saturday at the Chase Center.

Watch the most recent KTVU newscast or see what we're streaming: