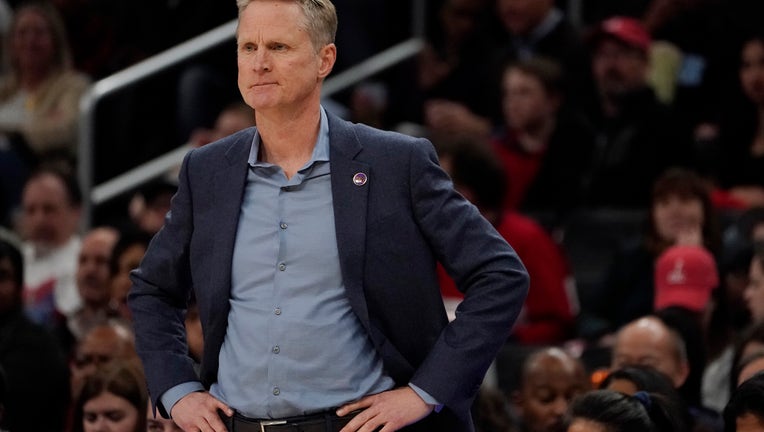 FILE - Head coach Steve Kerr of the Golden State Warriors reacts in the second half against the Washington Wizards at Capital One Arena on February 03, 2020 in Washington, DC. (Photo by Patrick McDermott/Getty Images)

The team has not yet specified who tested positive, due to HIPAA rules. Myers said that with all the players coming back to the area for training camp, they're not surprised by positive tests.

"It kind of proves that the protocols and testing are working,” Myers said.

As a result, training camp is now pushed back a day and players will begin individual workouts on Wednesday. Myers said groups will start practicing together on Monday.

Under recently issued NBA pandemic-protocol, players who test positive must wait a minimum of 12 days before returning to work. Each team received a 134-page manual with a lengthy series of steps to follow if a player tests positive, as first reported by ESPN.

The Warriors are scheduled for a Dec. 12 preseason bout with Denver and the NBA regular season starts on Dec. 22.