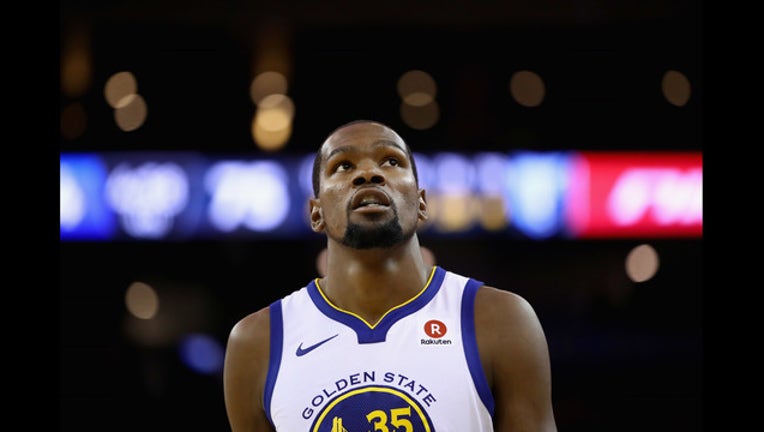 Kevin Durant #35 of the Golden State Warriors stands on the court during their game against the Memphis Grizzlies at ORACLE Arena on December 20, 2017 in Oakland, California. (Photo by Ezra Shaw/Getty Images)

Durant is donating $3 million to the University of Texas basketball program and its Center for Sports Leadership, which will be used for renovations of his alma mater's athletic facilities and the sports leadership center, a Warriors spokesman said.

Working with Make-A-Wish, the basketball player granted the wishes of three boys facing life-threatening illnesses, bringing them to Oakland for a Warriors game and meeting with the three of them, the Warriors said.

Durant said Kaepernick, Make-A-Wish, Silicon Valley De-Bug and his alma mater, the University of Texas "are doing important work, and it means a lot to me to have played a small part in their incredible efforts."