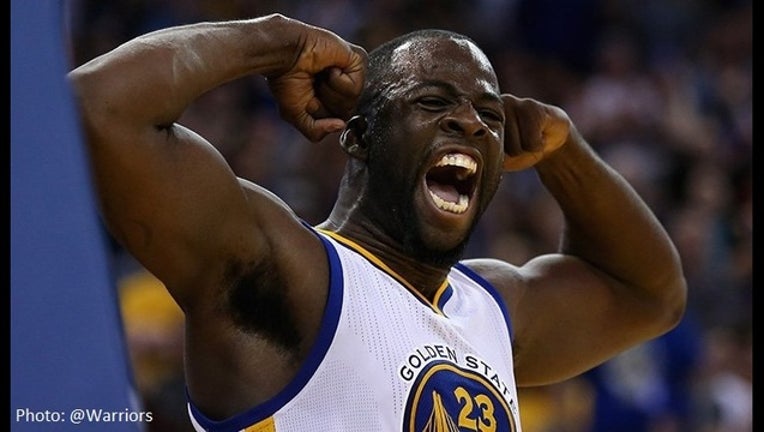 Green posted on twitter that he bought 3 tickets to the game against the Memphis Grizzlies.

The Warriors are heavily favored to beat the Grizzlies, and win their 73rd regular season game, which would break the record, currently held by the Warriors and the 1995-96 Chicago Bulls.

Green apparently has not decided on how he will distrbute the tickets, saying that he will release the criteria later this morning.

Tickets for the historic game at Oracle Arena are sold-out.

Online resale tickets are going much higher than face value.

The lowest we can find on Ticketmaster, is an upper level ticket for $325.

The asking price for a VIP courtside ticket is more than $15,000.