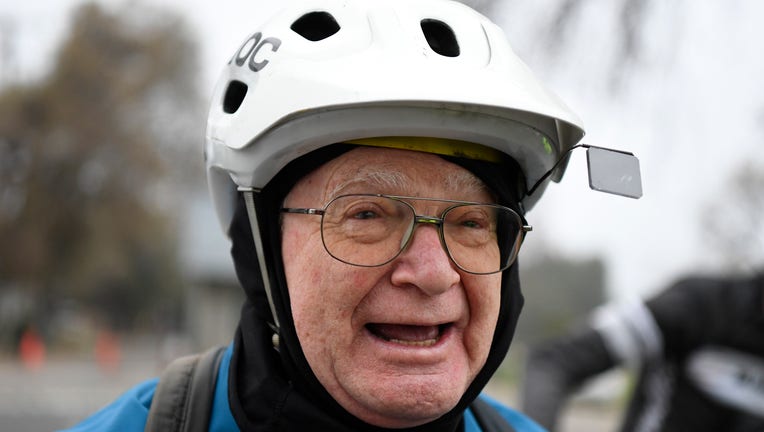 Joe Shami, 83, of Lafayette, smiles before riding up to the summit of Mt. Diablo State Park in Contra Costa County, Calif., on Sunday, Jan. 14, 2018. Shami rode his 500th consecutive weekly bike ride up Mount Diablo. He has ridden up the mountain eve

LAFAYETTE, Calif. - A bicyclist who sustained critical injuries after being struck by a vehicle in Lafayette has died.

Joe Shami, 86, was an avid cyclist who once rode up Mount Diablo every week for a decade, according to a report from The East Bay Times. Over time he earned the nickname "The Legend of Mount Diablo."

Shami was out riding Tuesday morning when he was struck by a vehicle on Pleasant Hill Road, in the area of the Olympic Boulevard roundabout.

He was taken to a hospital in critical condition but succumbed to his injuries that night.

Details were not immediately released about the driver or what caused the collision.