A suicidal man was shot by police in Redwood City Monday after officers say he ran at them with a butcher knife. The man has since died of his injuries. KTVU's Ann Rubin reports.

REDWOOD CITY, Calif. - The wife of a man killed by a Redwood City police officer in 2018 after her husband attempted suicide filed a wrongful death lawsuit on Tuesday in federal court in San Francisco against both Redwood City and the officers involved.

According to police, officers responded to a home in the 400 block of Lincoln Avenue in Redwood City on Dec. 20, 2018, and encountered Kyle Hart in the home's backyard armed with a butcher knife.

Hart allegedly ran toward officers still holding the knife and, although Officer Leila Velez used a Taser against him, it was ineffective. That's when Officer Roman Gomez shot Hart.

Hart, who had already suffered self-inflicted wounds to his arms and neck, was taken to a hospital, where he later died. 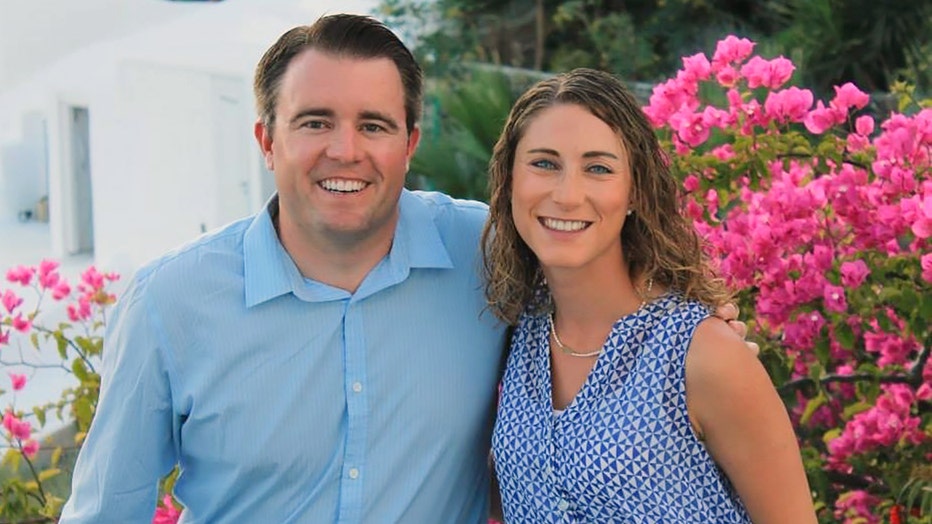 "This is a situation where Mr. Hart was suffering. His wife had communicated that and police did not have a plan to de-escalate. As soon as they saw Mr. Hart, they, in fact, killed him," Burris said. "Time, distance, and reassess all could've been done and none of it was. Instead, it was 'fools rush in.'"

Kristin Hart said her husband, a Redwood City native and teacher at Frank S. Greene Middle School in Palo Alto, had been recently diagnosed with anxiety and was taking medication, although he had no history of violence.

"He loved his life and did not intend to die that day. I called 911 for help, as we are trained to do. Instead of giving help, the police arrived with guns drawn and shot him in our backyard," she said. "I don't know who they thought they were there to serve and protect that day, but it was not my family."

In addition to Redwood City, the lawsuit has also named both Gomez and Velez as defendants, as well as Redwood City Police Chief Dan Mulholland.

The suit alleges that after the shooting, both Gomez and Velez failed to provide Kyle Hart with medical attention and handcuffed him as he suffered a fatal gunshot wound while paramedics arrived.

Although Gomez was initially placed on paid administrative leave after the shooting, no criminal charges were ever filed against Gomez and Velez, and both remain employed by the Redwood City Police Department.

The suit is seeking unspecified damages.

Kristin Hart said she filed the suit after she was unable to come to an agreement with Redwood City officials over policy changes.

"What I would like to see come out of this is a comprehensive approach for how Redwood City police respond to a person in a mental health crisis. Proper equipment and training are part of this and it must be based in a culture that truly values all people," Kristin Hart said.

In a statement, officials with Redwood City said while they couldn't comment on active litigation, the city has since partnered with San Mateo County Behavioral Health and Recovery Services to establish a pilot program for dealing with people in mental health crises.

"The loss of life is always tragic, as is the case with the death of Mr. Hart. City staff have appreciated the opportunity to work with the Hart family in the past and to listen to their recommendations on policing policies," Redwood City officials said.