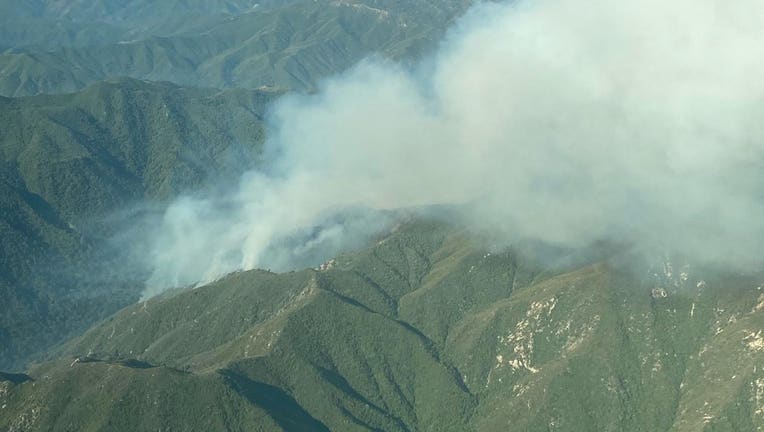 VENTANA, Calif. - A blaze in the rugged, hot and dry Ventana Wilderness south of Monterey that already has led to evacuation of the Tassajara Zen Center and Hot Springs was expected to spread on Saturday, according to a federal fire coordination agency.

The zen center, the Arroyo Seco Recreation Area and Tassajara Road from the zen center to China Camp were ordered evacuated on Friday.

The National Wildfire Coordinating group said in an update about 10 a.m. Saturday on its website that the fire would continue to spread.

"Winds from the west are pushing the fire towards the Tassajara Zen Center and Hot Springs, Miller Canyon.

Authorities warned that evacuation orders could be coming for other parts of the area, which is south of Carmel Valley between Big Sur and U.S. Highway 101.

The Willow Fire started near Willow Creek at 8:10 p.m. on Thursday and had covered about 2,000 acres by Saturday morning. The update did not include a containment figure.

The Ventana Wilderness includes a "thermal belt" that "causes fire activity to increase in the evening hours contributing to rapid fire growth," according to the update.

About 337 firefighters, including five hotshot crews, were assigned to the fire on the ground. They were being assisted by fixed-wing air tankers and water-dropping helicopters, according to the coordinating group.