Windsor Mayor Dominic Foppoli said he would be less involved in the town's government while authorities investigate allegations that he sexually assaulted multiple women, but he again refused to resign.

WINDSOR, Calif. - Embattled Windsor Mayor Dominic Foppoli said on Friday that he is stepping back from his duties, a marked change from his earlier refusals to do so following a scathing investigation into past sexual assault allegations against him.

It's not clear what exactly changed his mind. And he is not stepping down completely.

But in a statement, Foppoli said: "Through prayer and in speaking with residents over the course of this week, it has become clear to me that the Town Council will not function at the level expected by its citizens if I remain actively involved, given the strong reaction to the allegations against me."

The San Francisco Chronicle broke the story about him last Thursday, detailing allegations by four women who accused the mayor of sexual assault spanning 16 years. A fifth woman came forward the next day and the Santa Rosa Press Democrat make public the allegations of a sixth woman shortly after.

Foppoli on Friday continued to deny the allegations, saying he maintains "full innocence under the law." 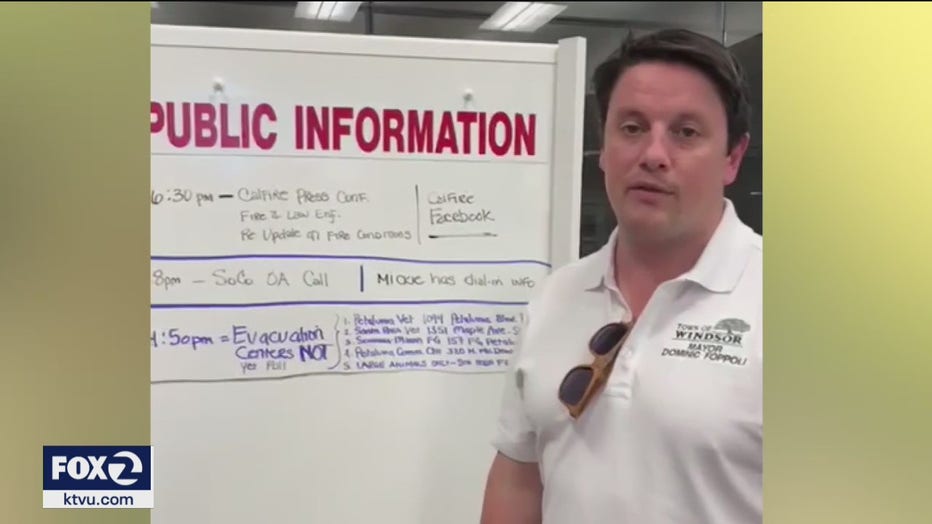 However, despite his innocence, Foppoli said he will step back from his role as an active mayor until an investigation is complete.

Both the Sonoma County Sheriff and the Attorney General were prompted to look into his past following the Chronicle's reporting.

"I do not want my presence or participation to be a distraction or create any additional hurt for our residents," his statement read.

He is not offering a full resignation, as many legislators, colleagues and community members have been clamoring for.

Foppoli said he would still be available to make a quorum and sign resolutions but will take this time to "sit quietly and reflect on my life."