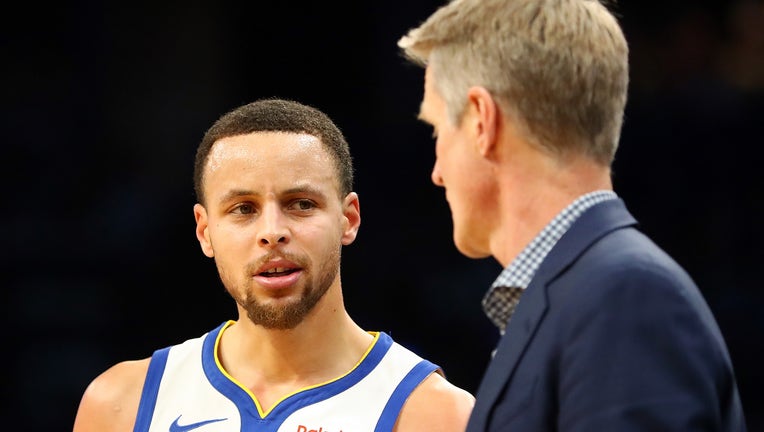 The last time the Golden State Warriors played a regular-season game they lost by 24 to the Los Angeles Clippers and dropped to a league-worst 15-50 record during the pandemic-shortened season. Fifteen is the same number of games they've won since superstar Kevin Durant left for the East Coast.

On Tuesday, the Warriors will start fresh -- still down a few big names -- against one of their biggest former stars in his long-awaited return. They'll have the No. 2 pick James Wiseman starting at center in his first game in over a year, according to Anthony Slater of The Athletic, citing sources. The rookie will start despite missing a large portion of training camp after testing positive for COVID-19.

Durant will suit up for a regular-season game for the first time since rupturing his Achilles tendon a year and a half ago. That was during the 2019 NBA Finals when the Warriors lost their chance for a third consecutive championship and eventually Durant after he left as a free agent.

Now, the opening season matchup becomes a test of off-season work for both Durant and the Warriors. Curry will have to shoulder a heavy load, as he makes a return from injury without fellow guard Klay Thompson, who is sidelined for a second straight season. But despite the fun reunion fans are excited for, it’s business as usual for the stars on the court.

"I feel like each game is important to me and it’s no more of importance because I’m playing against my old teammates," Durant said. "I just feel like the game of basketball is going to have me on that level anyway and it’s going to be good to see some of my old teammates, good to play against them, good to see some of the people I worked within my time in Golden State, but nothing more than that."

"It’ll be cool to see him out there and all those pleasantries and then get to just competing," Stephen Curry said. "I think that’s what we all expect."

Also absent in the debut was Draymond Green, who will sit Tuesday out with a right foot injury that kept him sidelined during the preseason.

Durant played three seasons with the Warriors. He who two NBA Finals and was named MVP twice.