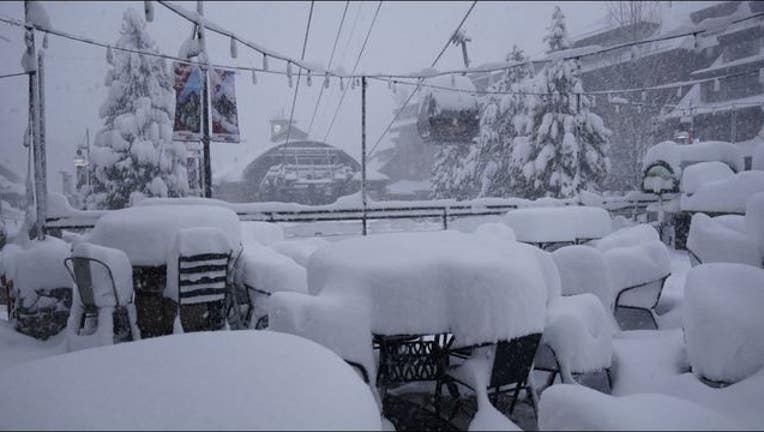 Heavenly, Northstar and Kirkwood resorts announced plans Thursday to extend the season to mid to late April. Heavenly plans to add a bonus three day weekend from May 3-5.

According to the resorts the February storms dumped 269" of snow at Heavenly, 286" at Northstar and 271" at Kirkwood.

"Record-breaking snow conditions paired with the hard work of our mountain operations teams have made for a truly unforgettable season so far,” said Mike Goar, vice president and chief operating officer of the Best of Tahoe Resorts. “With even more snow on the way, we are thrilled to extend the winter operations at all three of our Lake Tahoe resorts and offer skiers and riders additional opportunities to take advantage of these amazing spring conditions across the region."

The resorts say the plans to remain open longer could change based on weather conditions or forestry approval.