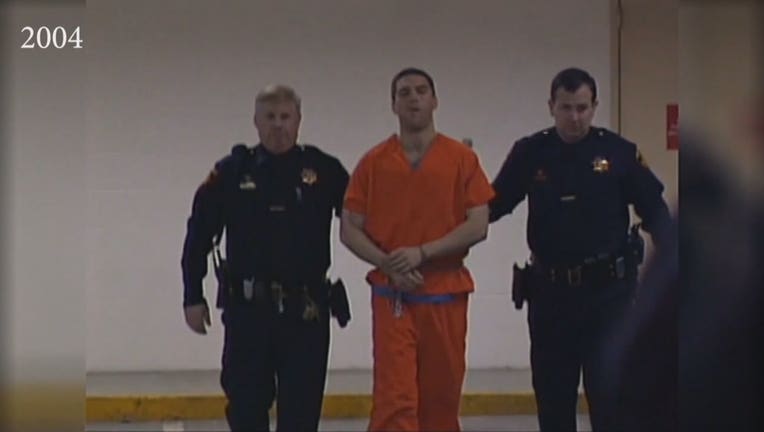 SACRAMENTO, Calif. - A California woman was charged with using the names of convicted killers, including Scott Peterson, to collect more than $145,000 in fraudulent unemployment benefits — a small but headline-grabbing part of more than $20 billion stolen in similar scams during the coronavirus pandemic, prosecutors said Wednesday.

The office didn’t immediately say whether Iglesias had a defense attorney who could speak on her behalf or provide details of her court appearance.

One set of charges was for using Peterson's name to claim $18,562 from the state Employment Development Department in June 2020. Peterson was convicted of murdering his pregnant wife and unborn child and dumping their bodies into San Francisco Bay on Christmas Eve 2002. But a judge is deciding whether Peterson must have a new trial because of juror misconduct.

Iglesias is also charged with filing for unemployment in the name of Cary Stayner in 2020, collecting $20,194. Stayner confessed to killing three women who were sightseeing in Yosemite National Park in 1999.

Peterson and Stayner were among numerous inmates who had claims filed in their names, prosecutors said in 2020.

Iglesias was employed by a private company that contracted with San Quentin State Prison, where Peterson and Stayner are housed, and may have used her job to get access to prisoners’ personal information, prosecutors said.

Iglesias allegedly collected the fraudulent benefits from April 2020 to September 2021.

She was arrested Saturday in Contra Costa County by a team of agents from the California Department of Corrections and Rehabilitation.

"Don’t let the infamous names distract you from who this crime really hurt — the most vulnerable in our society," Attorney General Rob Bonta said in announcing the charges.

Such thefts also harm "families in need, parents left without jobs during a pandemic, and Californians struggling to get by," he said.

Iglesias also filed for jobless benefits under her own name, Bonta said.

She had a previous conviction for robbery in Contra Costa County in 2005, his office said.

California has one of the nation’s largest public benefit systems. More than 20 million people filed more than 60 million claims for unemployment, disability insurance and paid family leave over the past decade.

At the height of the COVID-19 pandemic — when many people were unable to continue working because of business lockdowns, it was sending out more than 600,000 application documents daily.

The California Employment Development Department has said the state stopped $120 billion worth of fraud attempts in 2020 and 2021 but failed to stop $20 billion in fraud.

That included $810 million paid in the names of roughly 45,000 prison inmates who weren't eligible.