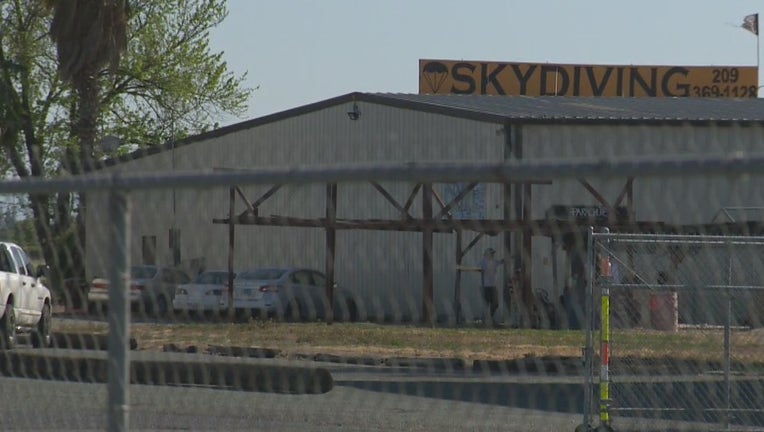 LODI, Calif. - A woman who died in a weekend parachute accident in Northern California had made thousands of previous jumps, the owner of the skydiving center said Monday.

The accident was under investigation by the Federal Aviation Administration. In a statement, the agency said skydiving investigations are limited to inspecting the parachute rigging.

A contract parachute rigger had packed her chute, according to the Skydive Lodi Parachute Center in Acampo, where the accident occurred.

"No one actually saw exactly what happened until probably the last couple hundred feet," Bill Dause, who owns the center, told reporters on Monday. "She had two parachutes out, entangled with each other that weren’t fully inflated, and pointed toward the ground at very rapid speed."

Call had made more than 2,000 skydives but had "been out of the sport for many years and got back to it a couple of years ago," he said.

Woman in California dies after her parachute failed to fully open

A woman in California has died after her parachute failed to fully open as she was falling to the ground and it became tangled around her, police said.

Last month, a judge awarded $40 million in a negligence lawsuit filed by the family of an 18-year-old who died in 2016 at the center. Tyler Turner and his instructor, 25-year-old Yong Kwon, both died when their tandem parachute failed to open.

Dause said all the accidents at the center were due to different causes and calls skydiving a high-risk sport.

"Yes, we’ve had our share of fatalities and probably more than some of the smaller drop zones by a ways, but none of them have been the same. It’s not the same problem," Dause said.

"We’re sad, but it’s just like a car wreck or anything else," Dause said. "You have to go on."

This story was reported from Sacramento.