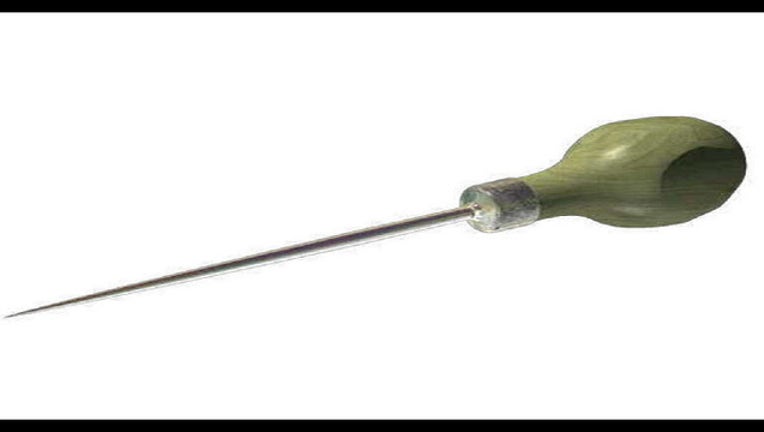 SAN FRANCISCO (BCN) - A man armed with an ice pick allegedly stabbed a woman in San Francisco's South of Market neighborhood on Friday in an unprovoked attack, leaving her with life-threatening injuries, police said Monday.

The stabbing occurred around 3:50 p.m. near Fifth and Harrison streets. The suspect allegedly walked up to a 35-year-old woman and stabbed her with the ice pick for no reason, police said. The woman was taken to a hospital for her injuries.

According to Officer Robert Rueca, it was not immediately clear if the suspect and the victim knew each other and the stabbing remains under investigation.

Responding officers were able to arrest the suspect, identified as 40-year-old Sean Carsetti of San Francisco.

According to jail records, Carsetti was arrested on suspicion of attempted murder and is being held without bail.

Carsetti is the same suspect who in October 2016 is alleged to have stabbed a man in a different random attack near Fifth and Market streets, just blocks away from Friday's stabbing, Rueca confirmed.

In that attack, Carsetti allegedly asked the victim if he could borrow his knife and when the victim handed him his knife, Carsetti began stabbing him. In that case, Carsetti was also arrested on suspicion of attempted murder.

According to jail records, Carsetti was on parole when officers arrested him on Friday.